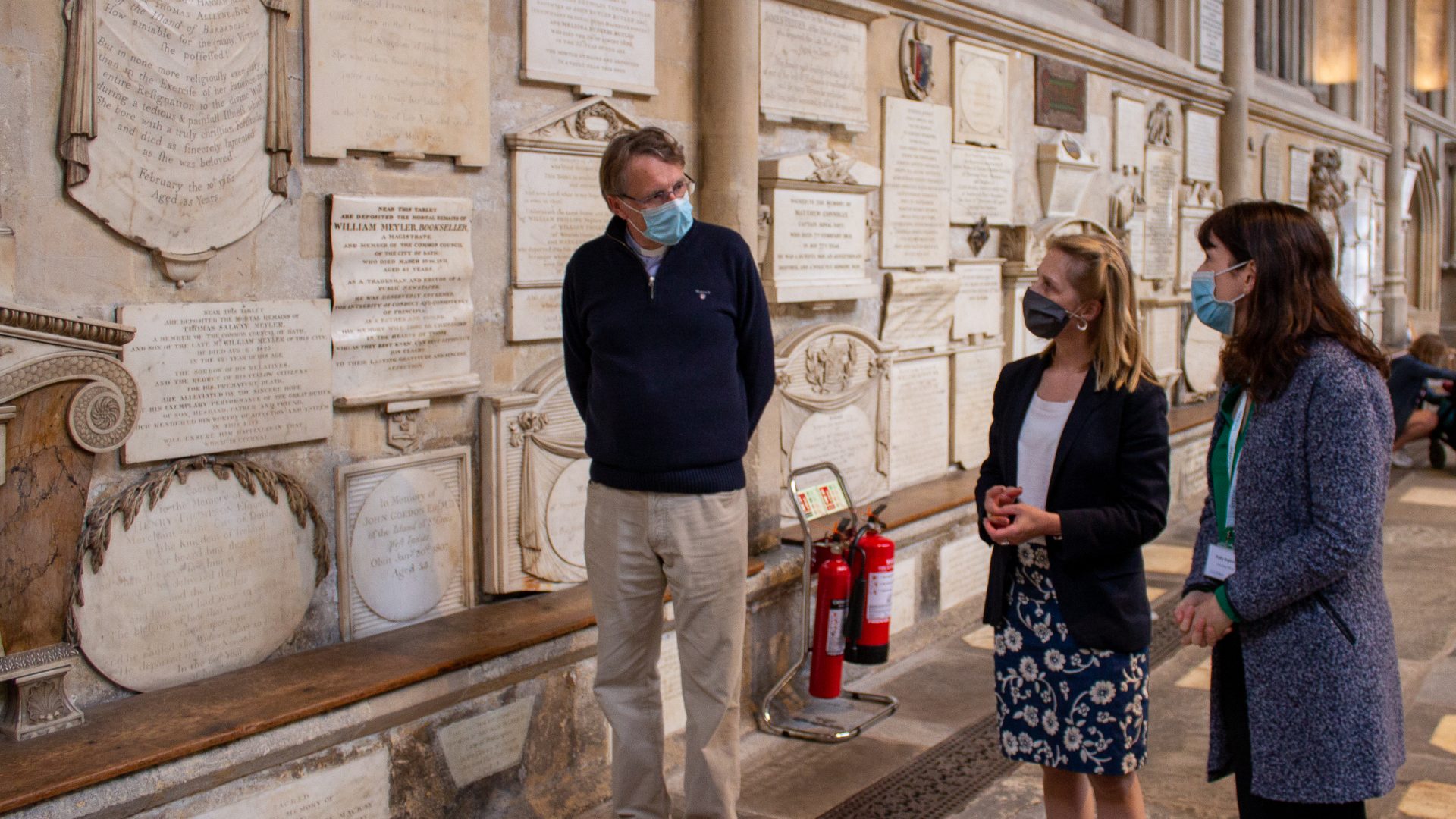 On this UNESCO International Day for the Remembrance of the Slave Trade and its Abolition, some of our Abbey team will be taking part in a walking conversation around Bath about our city’s legacy of slavery hosted by artist Richard White and includes material from his project, Sweet Waters: sensing legacies of slave-ownership. The walk begins at The Holburne Museum and ends at the Abbey with a conversation with Bath MP Wera Hobhouse and Rector of Bath Abbey, Revd Canon Guy Bridgewater.

There is currently a ‘Memorials, Empire & Slavery’ exhibition in the Abbey which explores the links between some of the people commemorated on the Abbey’s ledgerstones and wall tablets, the British Empire and the transatlantic slave trade. It also explores the Abolitionist movement in Bath and encourages us to reflect on past injustice and the need for racial equality now and in the future.

The Revd Canon Guy Bridgewater, Rector of Bath Abbey, has said: “Slavery should have no place in society, and must be renounced utterly. It is shameful that it was practiced for so long, without effective challenge by church or nation. At Bath Abbey we deeply regret the hateful industry of human exploitation, whether by ignorant complicity or evil design, that certain of our 18th and 19th century memorials make evident.

This exhibition is just part of Bath Abbey’s commitment to telling the story of our connections to the British Empire and working towards an equal future for all. To find out more, please see our anti-racism page for details of our current and future projects.