Things to see and do

There is so much to see and do in the Abbey, but definitely some things that you shouldn't miss during your visit. Here is a snapshot of the highlights...

Footprint: The Abbey's floor was collapsing but thanks to the Footprint Project the entire floor has now been repaired and stabilised.

Memorials: There are 635 memorials on the Abbey’s walls. Most commemorate people from the 1700s and 1800s. Through the memorials, we learn about their lives, loves, and belief in the Christian hope of resurrection (life after death).

Waller Tomb: Sir William Waller’s memorial to his first wife Jane (d. 1633). William Waller fought for parliament in the English Civil War (1642-51). After the Battle of Lansdown (near Bath) in 1643, Waller’s troops sheltered in the Abbey. We hope you know God’s protection, whatever lies ahead.

Ledgerstones: The Abbey floor is made up of 891 flat grave stones called ledgerstones. As part of the Footprint project all of the ledgerstones have been restored and re-laid thanks to the skill of local craftspeople.

King Edgar Window: This window shows the crowning of Edgar as the first king of all England at the Saxon monastery here in 973. He is known as King Edgar the    Peaceful. We invite you to be thankful that we live in a country that is at peace today.

The Great East Window: Completed in 1873 and repaired after World War II, it tells the story of Jesus in 56 scenes.

Birde’s Chantry Chapel: Built by Prior William Birde (d. 1525) as a place for prayers to be chanted for his soul. It continues to be a place of quiet, reflection, and prayer. We invite you to enter and be still in this holy space.

Fan Vaulted Ceiling: Created in the 1500s by the king’s master masons, the stone vaults form beautiful fan shapes to draw us up to God. The Nave ceiling is a copy made in the 1860s, can you spot any differences?

West Window: Completed in 1894, the window tells the stories of the first five books of the Bible. The panels in the bottom left show God’s Creation of Eve and Noah’s Ark. We invite you to be thankful for the beauty of creation today.

The West Front: Represents the dream of Bishop Oliver King that led him to replace the ruined Norman Cathedral with the present Abbey in 1499. Towards the top of the window is a carved dove, representing God’s Holy Spirit.

Join a tour: If you'd like to explore the Abbey further, why not join a Tower Tour to see the clock, bell chamber and the city from the top of our tower?

15 minutes half an hour an hour
15 minutes

Have a quick walk around The Abbey, and...

Take a stroll around the Abbey, and pause to...

Take your time exploring the Abbey, and... 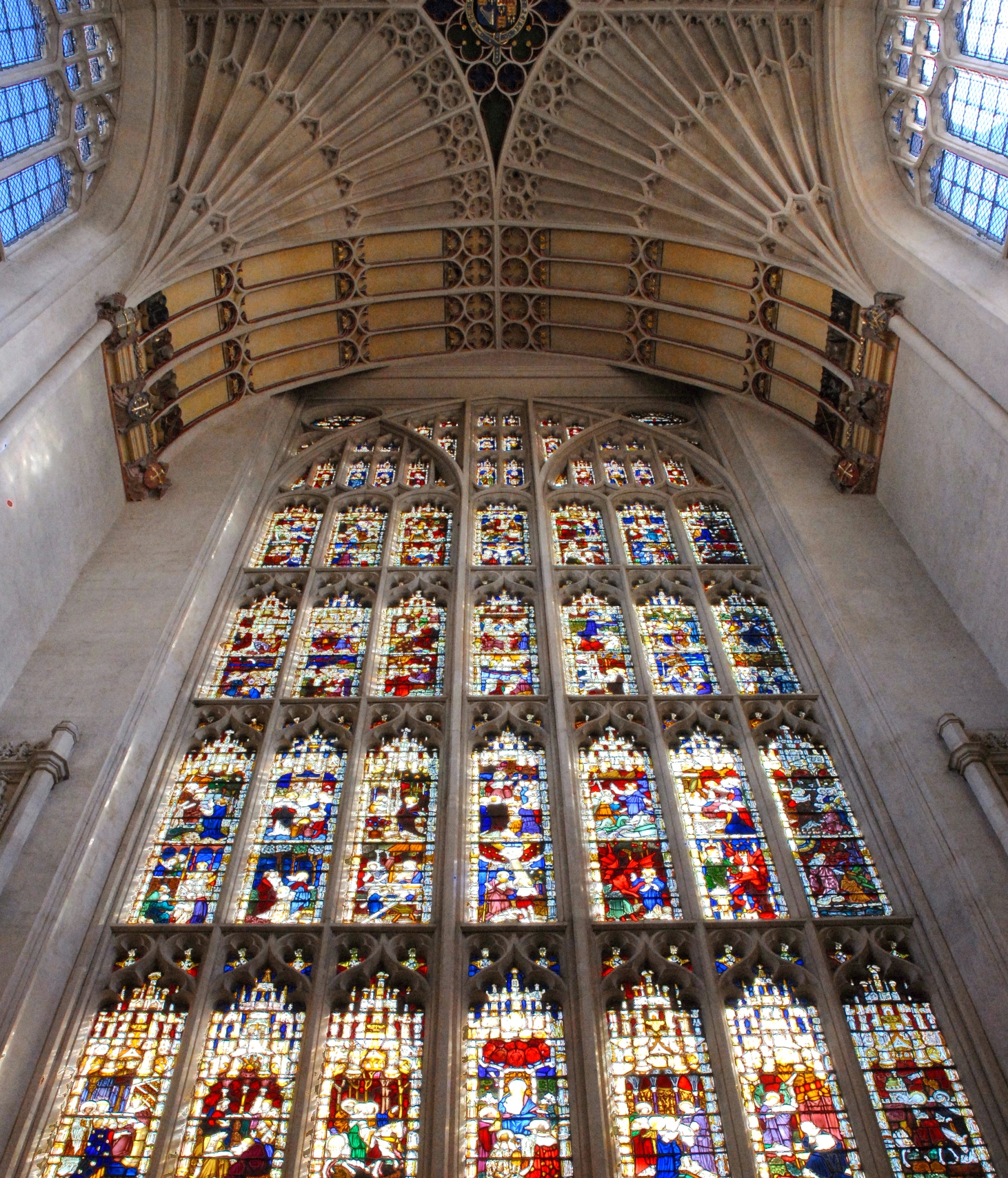 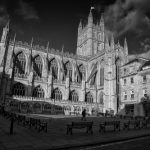 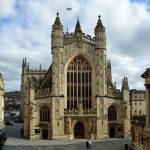 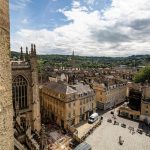 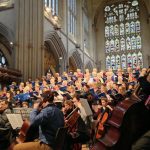 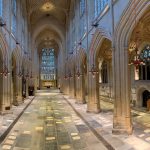 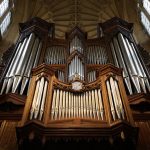 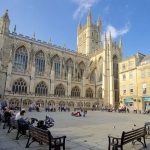 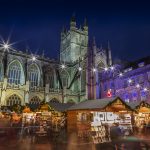 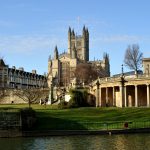