Bells have been rung at the Abbey for hundreds of years, since before the 16th century, and we are proud to carry on this tradition today. We are very fond of our bells, of which there are ten in total, and these continue to be rung regularly for services, weddings, and other momentous occasions, often celebratory, as well as sometimes sad.

The Abbey bells are rung every Sunday morning from 10.40am until 11.30am, between the two main morning services.

On the first Sunday of the month we also ring for the evening service, from 5.30pm until 6.30pm.

We practise on Monday evenings between 7.30pm and 9.00pm.

Ringing also takes place at other times, such as for weddings or other special events, by arrangement. A quarter peal is frequently attempted before the 6.30pm evening service on the second to fifth Sundays of the month.

On Sunday 17 October 2021, our Bell Ringers successfully completed a full peal of Plain Bob Royal comprising over 5000 changes in just over 3.5 hours. The peal was part of the Abbey’s celebrations marking the completion of our Footprint project after 3 years of hard, complex and challenging work.

Depicted: The band of Bath Abbey bell ringers who completed a full peal of Plain Bob on 17 October 2021.

With the band's best wishes to Rob Perry who was to have conducted this peal.

How to Join Us

Visiting ringers are extremely welcome to join us at Sunday morning ringing, Sunday evening ringing on the first Sunday of the month, and for the Monday evening practice.

The Abbey offers Tower Tours, which are a great way to go behind the scenes and see the ringing chamber and belfry.

The Abbey Ringers also have an active training program for people wishing to learn change ringing. 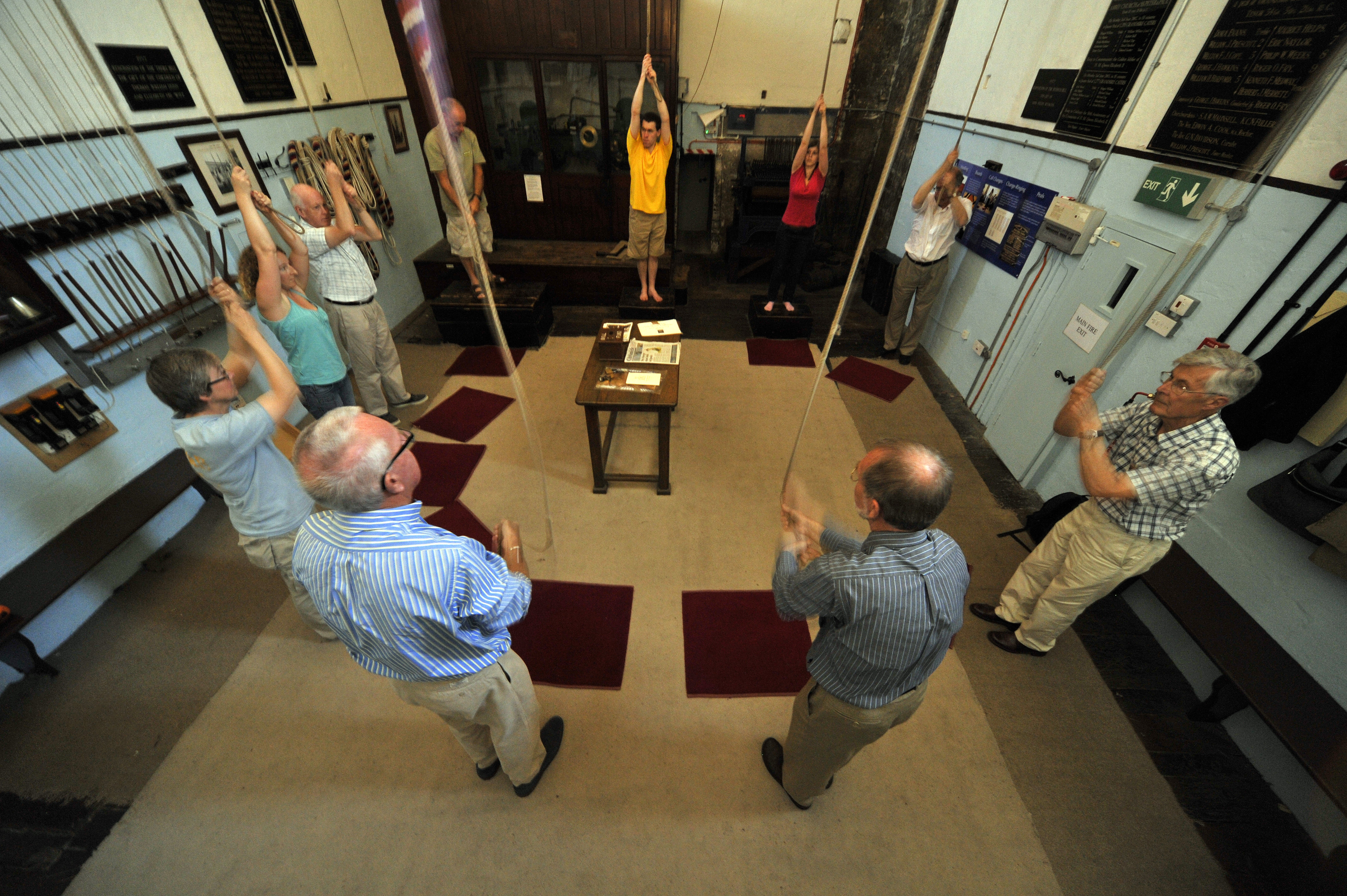 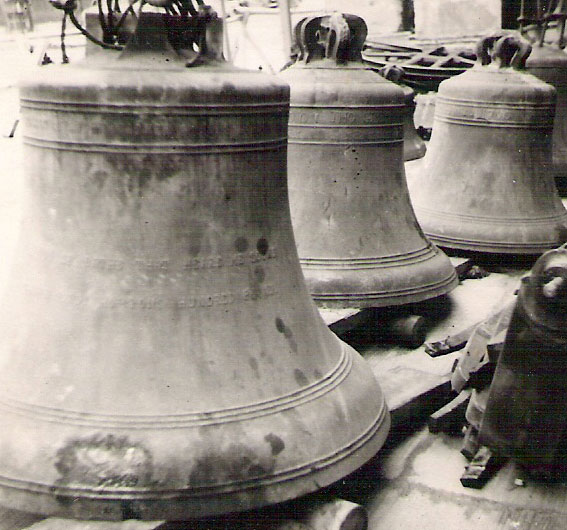 The Bells of Bath Abbey

If an Abbey ringer from the 18th century entered the tower today, he would feel quite at home. Not much has changed: eight of our ten bells date from 1700, two smaller bells were added in 1774 to make the present ring of ten, and they still hang in the original timber frame.

Perhaps the most unusual feature is that our bells are hung in a descending scale, in an anti-clockwise direction; a curious phenomenon shared with just a handful of churches in the country. The smallest bell, known as the Treble, weighs just under 6 cwt (1/4 of a ton), while the largest, known as the Tenor, weighs over 33 cwt (1.5 tons), a mere lightweight when compared with the tenor of St Paul’s Cathedral at over 62 cwt (3 tons).

In 1869, the Tenor unexpectedly cracked during ringing practice one night, and had to be recast. The replacement was examined by the Abbey organist, and given the go-ahead. However, when it was hauled up and reinstalled, it proved to be out of tune, so it had to be recast a second time! The replacement bell survives to this day. It is inscribed: 'All you of Bathe that hear me sound Thank Lady Hopton's hundred pound' referring to the original Tenor bell cast in the 17th century and gifted by the Hopton family of Witham Friary.

A full restoration of the bells took place in 1957, thanks to the Friends of Bath Abbey, with contributions from other sources, as well as a second major refurbishment in 2004. Routine maintenance, as well as additional work including the repair of the Ellacombe chimes, again funded by Friends of Bath Abbey, continues to be carried out today. Fortunately all our bells are in full working order now and we have a fantastic team of bell ringers who create the most wonderful sounds each week.

For further details of the bells see Dove's Online Guide for Church Bellringers.