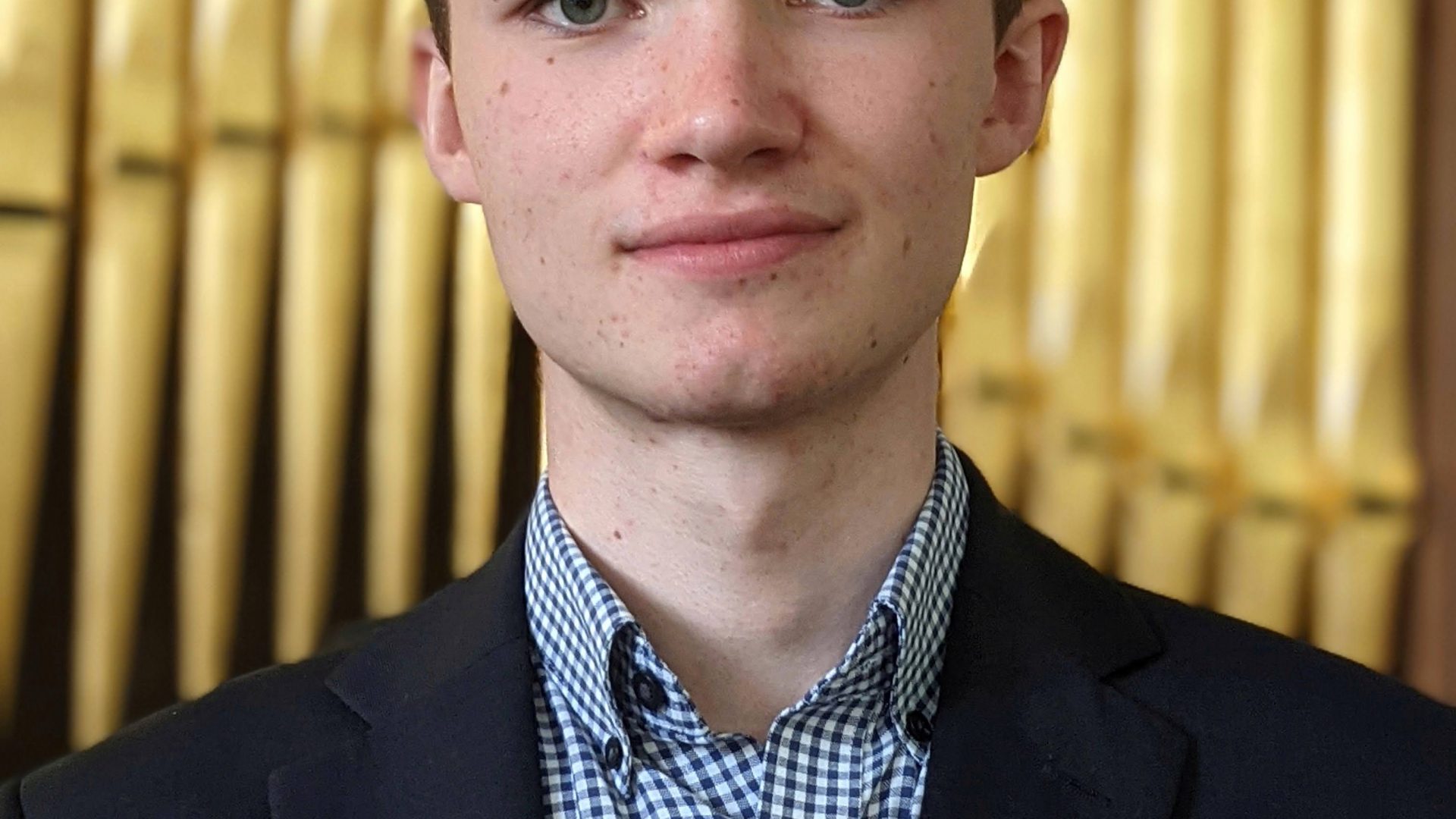 The Music Department at Bath Abbey will be joined by its very first Organ Scholar, David Bryson, in September. Following success in his A Levels, David has secured a place at the University of Bath to study Computer Science and will also join the Abbey as the first recipient of the Dr Martin Clarke Organ Scholarship.

David will join the Abbey from Eton College where he studied the organ as a Music Scholar. He discovered his love for the organ aged two but had to wait until he was six to start lessons. In 2012, he joined St John’s College Choir, Cambridge, and in 2016 he became the first serving chorister to give a recital as part of the College’s Organ Recital series.

Huw Williams, Director of Music at Bath Abbey said: “We are delighted to be welcoming a talented young organist as our Bath Abbey Dr Martin Clarke Organ Scholar from September 2021. David was one of the leading organists at Eton College and is already very experienced at accompanying and playing the organ. Having an excellent young organist and musician in our midst will offer many exciting possibilities and we greatly look forward to welcoming him in September. We are grateful to Dr Martin Clarke for supporting this venture which is an investment in the education of young organists in conjunction with YOST, the Young Organ Scholars Trust.”

Dr Martin Clarke is President and a founding trustee of the Young Organ Scholars Trust. His passion for music and the arts is also reflected in his other appointments including membership of the Council of Shakespeare’s Globe Theatre; trustee of Bath’s Holburne Museum, the York Minster Fund and Iford Arts.   He lives in Bath and London with his wife and daughter.

David has accompanied services since he was eight and has given many recitals in different churches including St Lawrence Jewry in London and Hampstead Garden Suburb Free Church in London. During the first lockdown, he recorded music for his home parish’s weekly Sung Eucharist.

David Bryson said: “The Abbey has a long and distinguished history of music-making. I’m delighted to join the Abbey’s music team as the organ scholar. In October 2020 I saw a video of Peter King playing Petr Eben’s ‘Moto Ostinato’ at Bath Abbey. This inspired me to learn this piece myself, and I look forward to playing it on the Abbey organ.”

The Revd Canon Guy Bridgewater said: “We are thrilled and delighted to be welcoming David as Organ Scholar within the Abbey team, and we look forward to the wonderful music he will soon be making among us. It is so important to celebrate and nurture young church musicians, not least as we all emerge from pandemic – and I am immensely grateful to Dr Martin Clarke for making possible David’s exciting new position.”