Bath Abbey practices Christian hospitality, a generous giving to, and receiving from others. This mutual relationship expresses God’s love and makes us more alive. Here, you can read about how we give and receive with our mission partners around the world – in prayer, in the exchange of people and ideas, and in financial giving. In a global Britain this Abbey values the hospitality of the global church.

Caleb, a volunteer with Lifeline, writes: “Suzanne knocked on our door before we had opened. I barely recognised her. Bruised face and swollen eyes streaked with tears. It had happened again. She lives on the street alone, unable to get housed. Our manager, Gloria hugged her as she wept”. Sometimes all Lifeline can do is offer sanctuary, clean clothes and toiletries - things that make you feel human again - and restore dignity. They don’t have all the answers. They’re not able to get every individual off the streets because they have complex problems and the system is complex too. They do whatever they can for those that come through their doors. Some get housed and some don’t. But every person is treated with love, respect and compassion because they are human and they are loved by God. 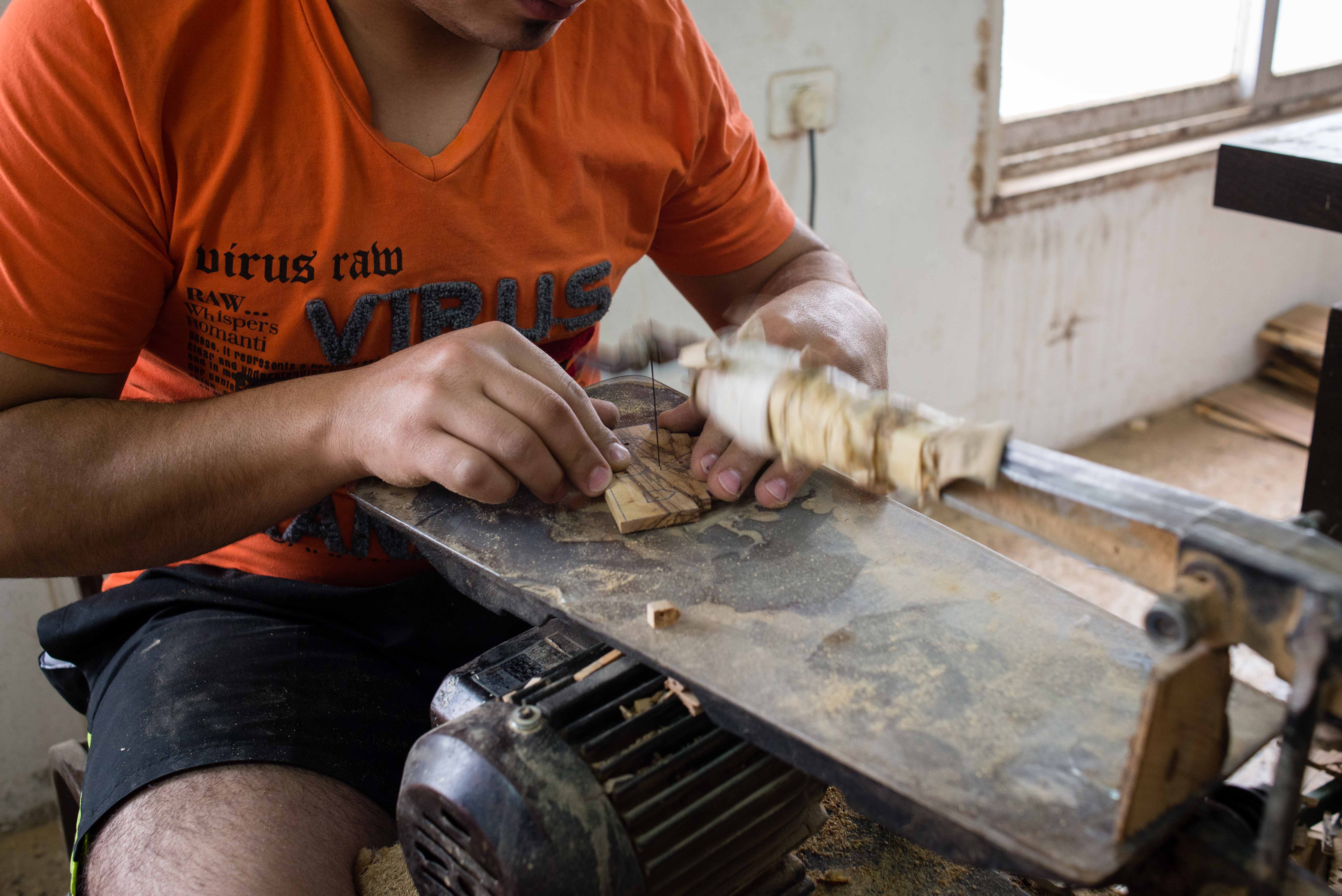 God’s work of justice is expanded by the developing partnership between Bethlehem Fair trade artisans and ourselves. Once again they took a stall at the Bath Christmas market. By selling woodwork here they ensure the artisans receive a fair price. The church in Palestine are some of the most vulnerable members of Christ’s family. This work enables the church to stay in their land, educate their children and give hope for a future.

Fida Musa came to speak at two of our Sunday services. She recalled that as a young girl her family had been able to drive to the Mediterranean. The building of the separation wall now prevents that normal life. Her family land had been illegally confiscated and no recompense made when the wall was built. Her conviction was that one day the wall would come down.

What was truly remarkable was the manner in which she was able to speak of her hope; without bitterness, without hostility; she simply stated her belief with conviction. How many of us if in a similar position could be so bold, muster our courage and hold to the faith that God brings walls down? What an inspiring young woman.

Northern Diocese of the Anglican church in Zambia.

It is sometimes said that ‘mission’ consists of finding out what God is doing and joining in. God is doing a great deal in Zambia, and we can join in by giving and receiving hospitality through our on-going relationship with sisters and brothers in Christ in that country.

At Kasenga Early Childhood Development Centre - a joint Anglican Church and Government project - there are programmes for monitoring infant health, educating parents in childcare, teaching cookery and nutrition, and giving very young children opportunities to learn and to play.

Infants are weighed as a way of keeping a record of their health and development. The Anglican Church is a blessing to Zambia and an influence for good; it is contributing to healthcare, gender equality, childcare and development, and education, and thereby bringing the good news of Christ to the poor. Our role is to enable, encourage and support this mission. 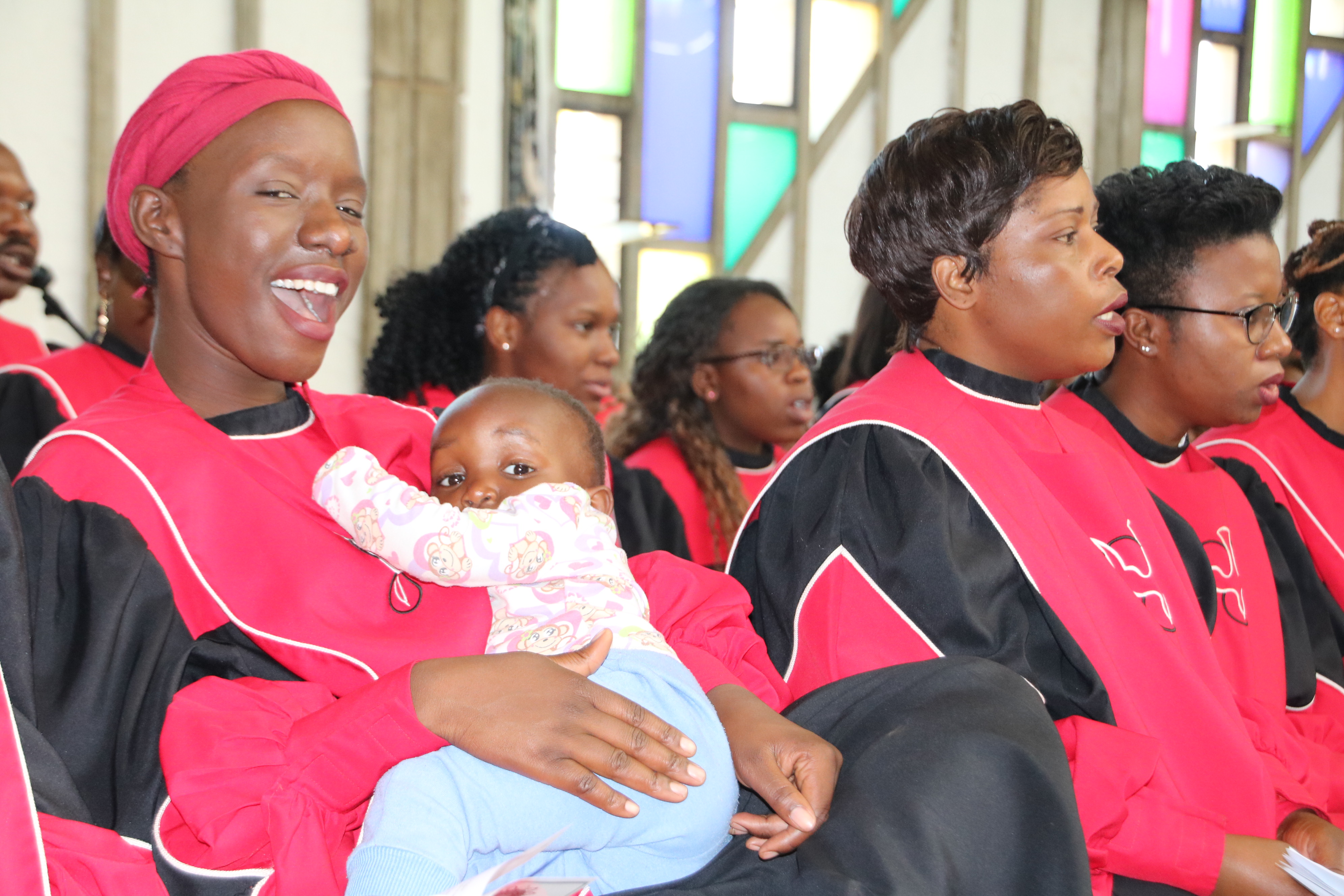 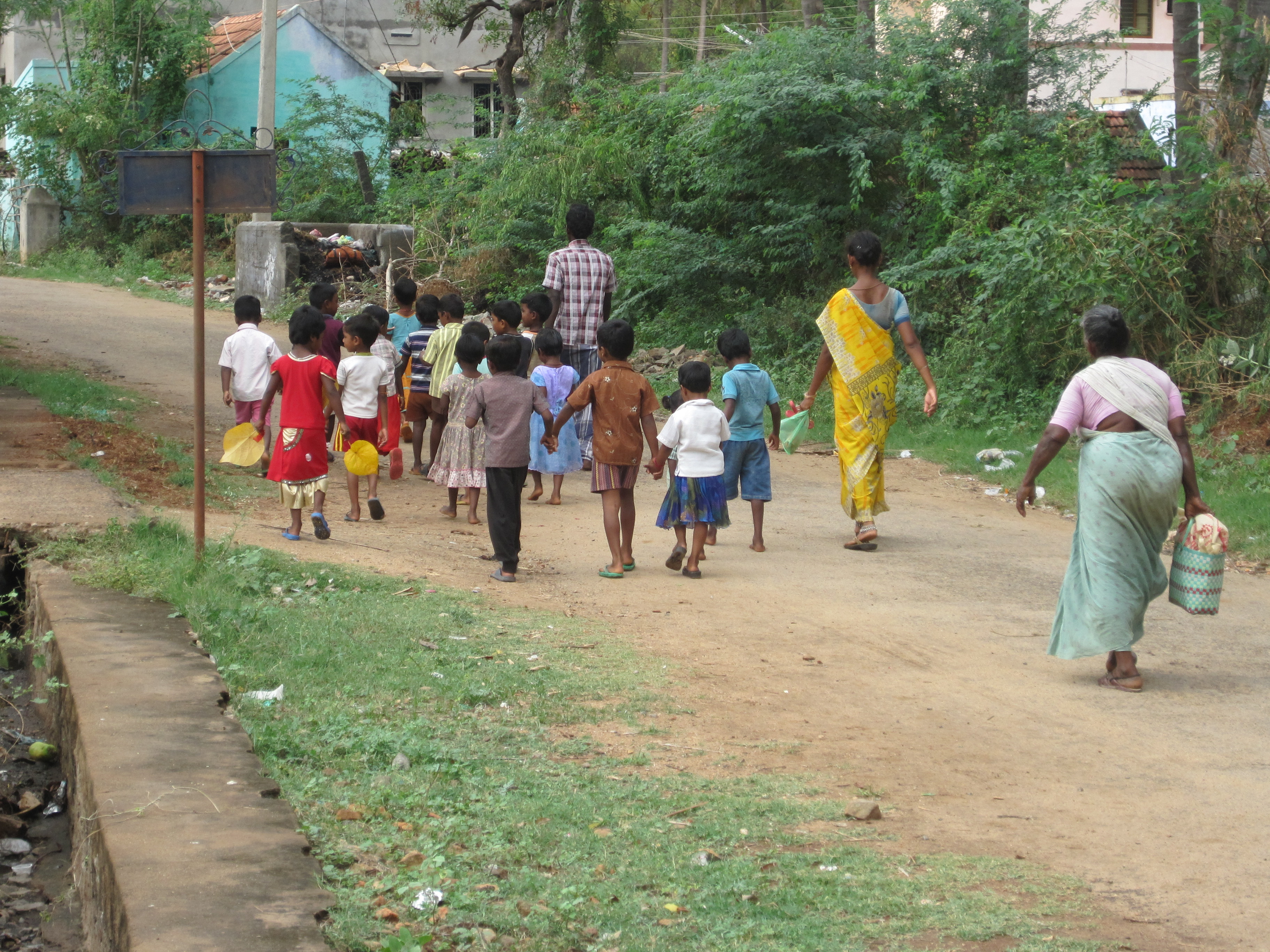 You might have travelled some rough roads to get there but it is well worth it, not least, because the welcome on arriving at the home of the Reaching the Unreached charity is one of the warmest and most heartfelt anywhere. It is a place of generosity, contentment and many smiles.

If only, in our society we valued the simple things as much as they do at RTU. If we did, maybe we would also see that we receive so much more from what they offer to us, of what they have, than we can give through our Abbey partnership to them.

Just imagine, like the children at RTU must at times have thought, that someone who has very little himself gives you everything. At the beginning, with the first children’s village, this is what Brother James did when he had little money coming in and only a handful of supporters.

And yet with faith, quite a lot of determination and years of service, he has saved hundreds of children and rural poor in southern India from a life of poverty and rejection.

In return, Brother James would be the first to say, he has received so much.

Wycliffe is a well established international charity working with a local partner in Togo to bring literacy education, literature and bible translation, in their mother-tongue, to the 200,000 people who speak the Ife language. The Abbey’s support has helped restart a project which is seeing literacy education extended and good progress be made in translating the Old Testament. 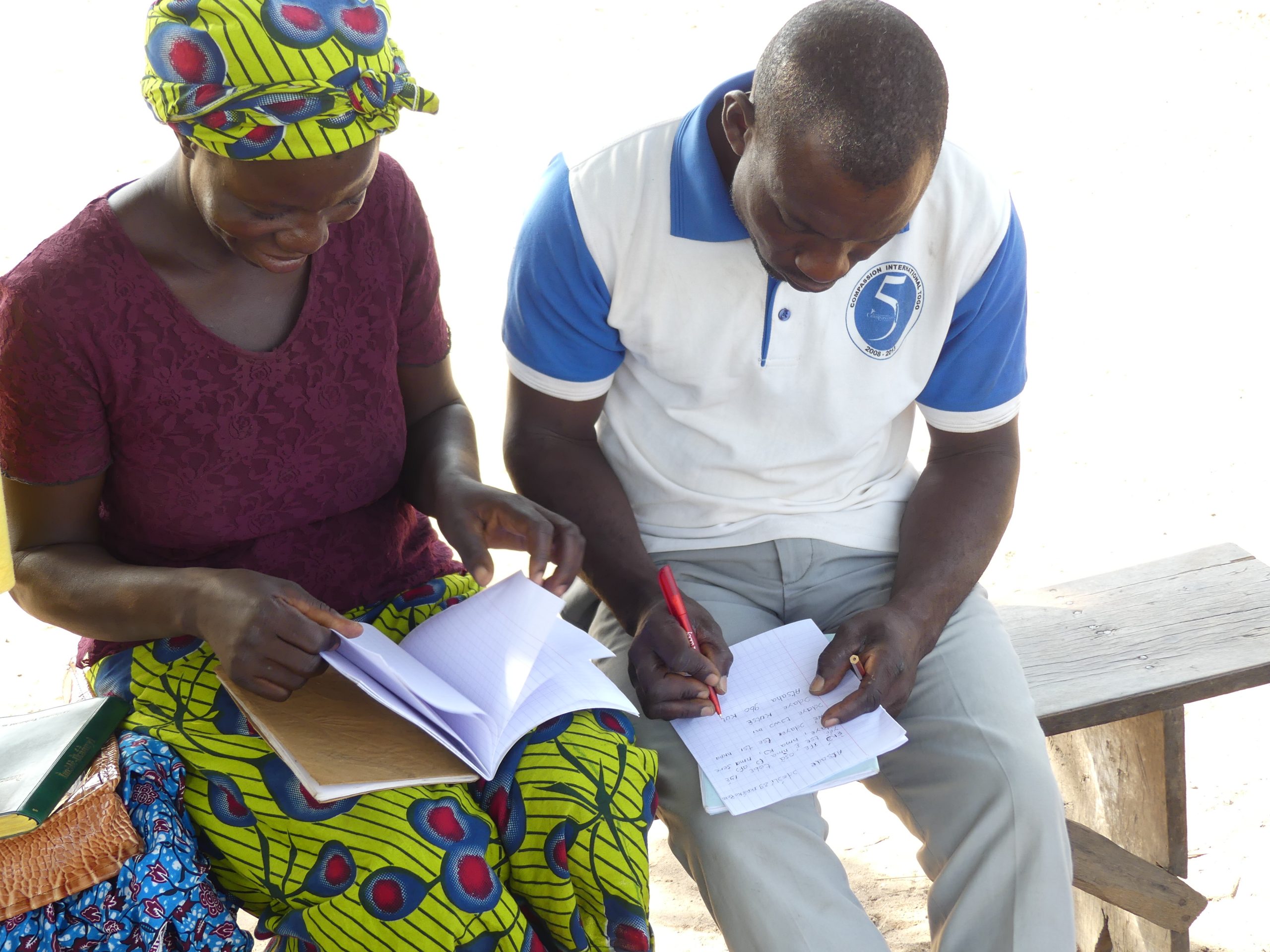 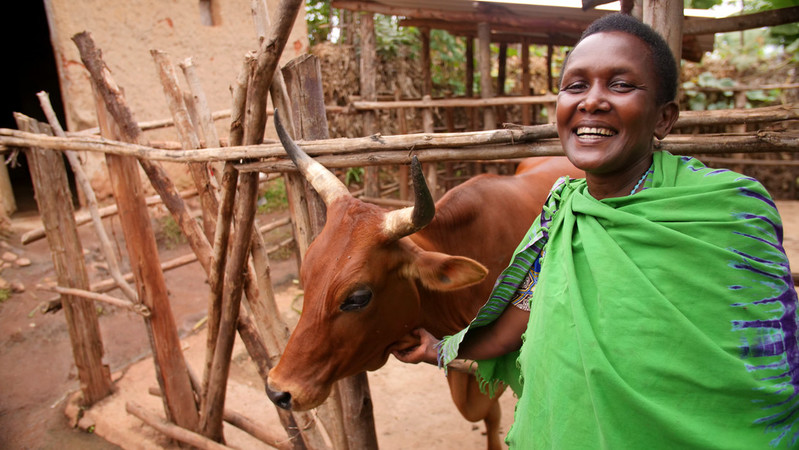 This wonderful charity supports people like this lady called Genevieve. When Genevieve first started working with Send a Cow, she had a very low self-esteem.

This is what she told us: “I used hide from people and knew that the whole community hated me.” Thankfully, since working on our project, Genevieve’s self-esteem has improved greatly. She is now the chairperson of her self-help group and her neighbours in the village come to her to fetch water from her rainwater-harvesting tank. She’s worked hard and people come to see what she has achieved: “I often get visitors to my home and I am always proud to show them my vegetable gardens and the improved cow shed.

As you read this, please join us praising God for the transformation in Genevieve’s life and to pray for all those who are receiving training from our very experienced team in Rwanda.