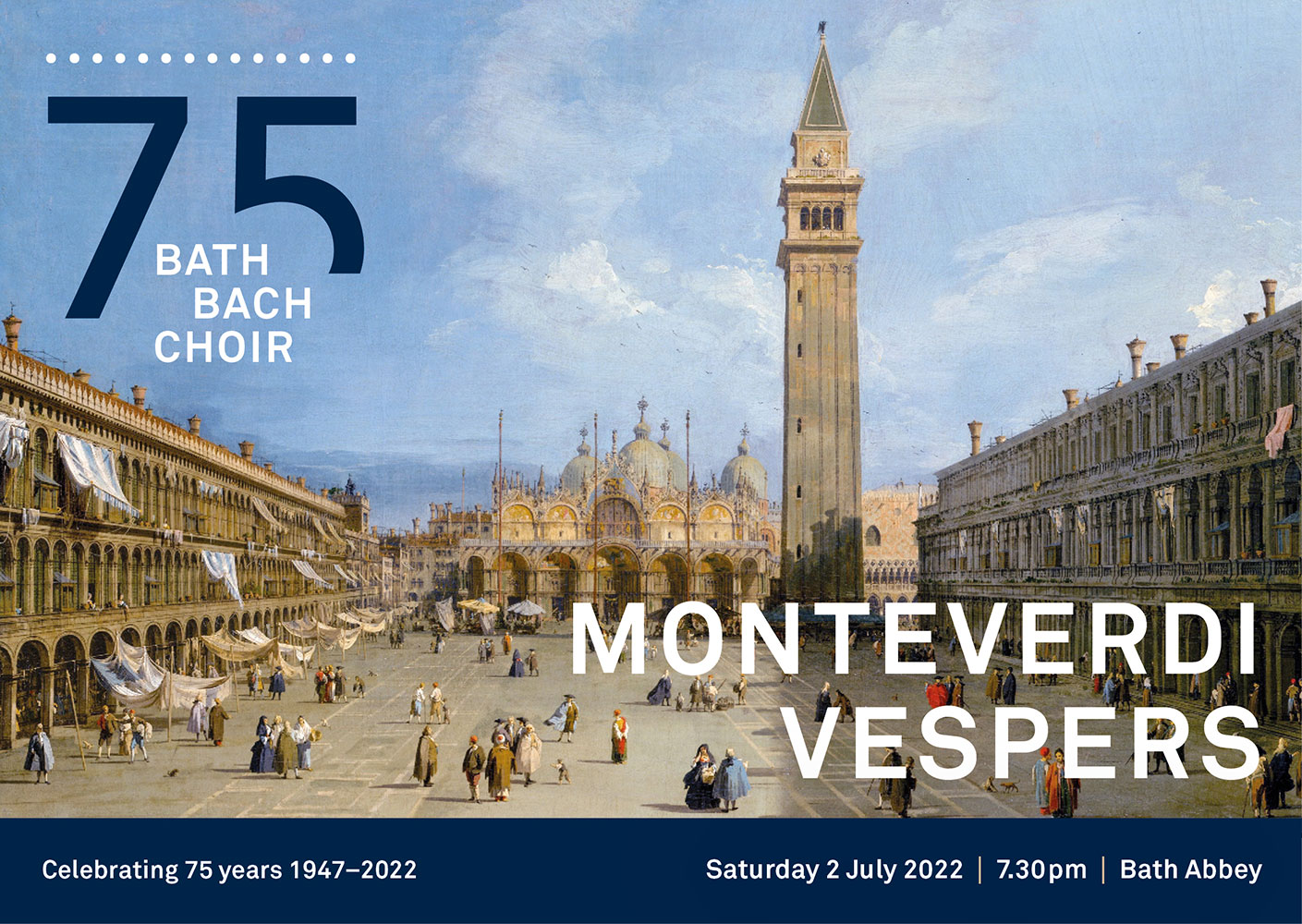 Monteverdi’s Vespro della Beata Vergine of 1610 – more often known as the Monteverdi Vespers – is a piece of groundbreaking early 17th-century music in honour of the blessed Virgin Mary that lifts the soul with its emotional depth, sensuality, and joy.

Resonating down the ages, the music demonstrates the genius of a musician who was on his way to becoming maestro di capella at St Mark’s in Venice. In its time, it was unprecedented in scale, with seven solo singers, a chorus that divided into 10 parts and a colourful orchestra of strings, theorbos, cornetts and sackbuts.

For this vibrant midsummer concert, Bath Bach Choir is honoured to be joined by early music specialists I Fagiolini (director Robert Hollingworth) and the English Cornett & Sackbut Ensemble for an authentic interpretation of this masterpiece of early Baroque expression.