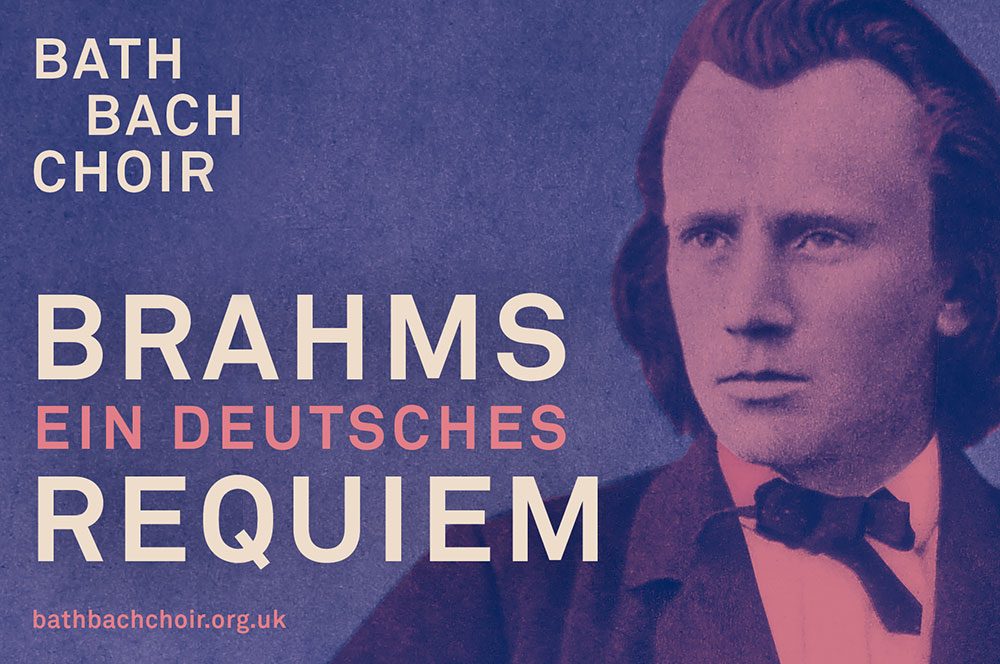 Described by Clara Schumann as “An immense piece that takes hold of one’s whole being like very little else”, Brahms’s German Requiem combines magic, poetry and romanticism with profound seriousness, to deeply moving effect. As a Lutheran rather than a Roman Catholic, Brahms wrote the oratorio in German and called it “a human requiem”, weaving together themes of consolation for the living, as well as hope for the life to come. In 1871, two years after completing the orchestral version, Brahms produced an intimate chamber version for piano and four hands as a work in its own right. It is this exquisite so-called ‘London version’ that Bath Bach Choir will perform at its autumn concert, bringing the music’s eternal message of love and joy to inspire us all with hope for the future.