A Prayer for Peace in Ukraine 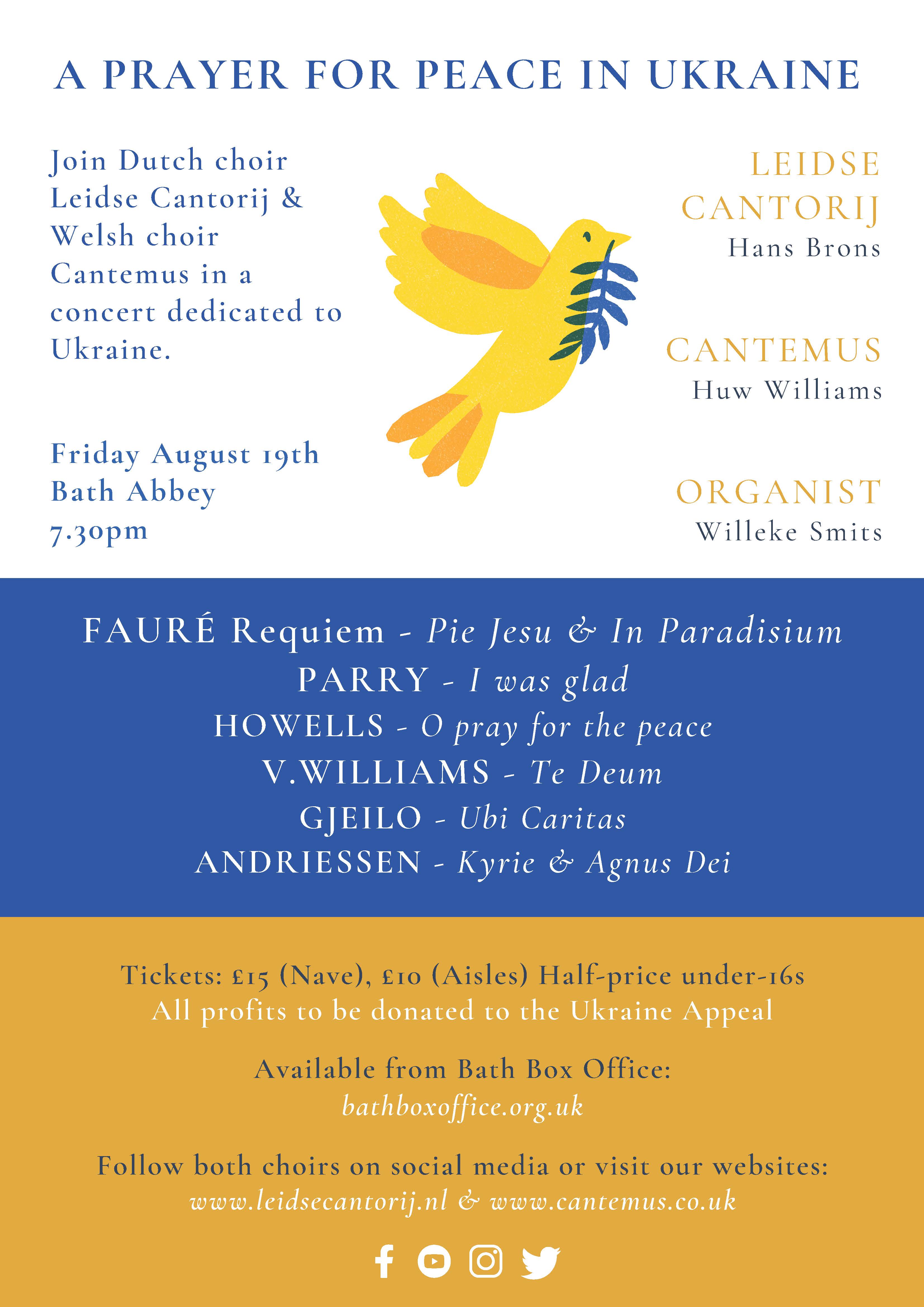 Dutch choir, Cantorij, based in Leiden, combine with Welsh choir, Cantemus in a concert which will feature heartfelt music written through the centuries during times of fighting and war.

Featuring A prayer for peace by Mykola Lysenko and John Rutter, other music includes Mendelssohn ‘Verleih uns Frieden’, Gjeilo beautiful ‘Ubi caritas’, Parry’s I was glad and Howells’ O pray for the peace of Jerusalem.

In their anniversary years the music of Tomkins ‘When David heard’ and Vaughan Williams’ Te Deum are performed. Langlais’ beautiful Chant du paix’ will be played on the famous Klais organ.

Directed by Huw Williams and Hans Brons, and accompanied on the organ by Willeke Smits, this will be a memorable and uplifting concert with drinks available post concert.