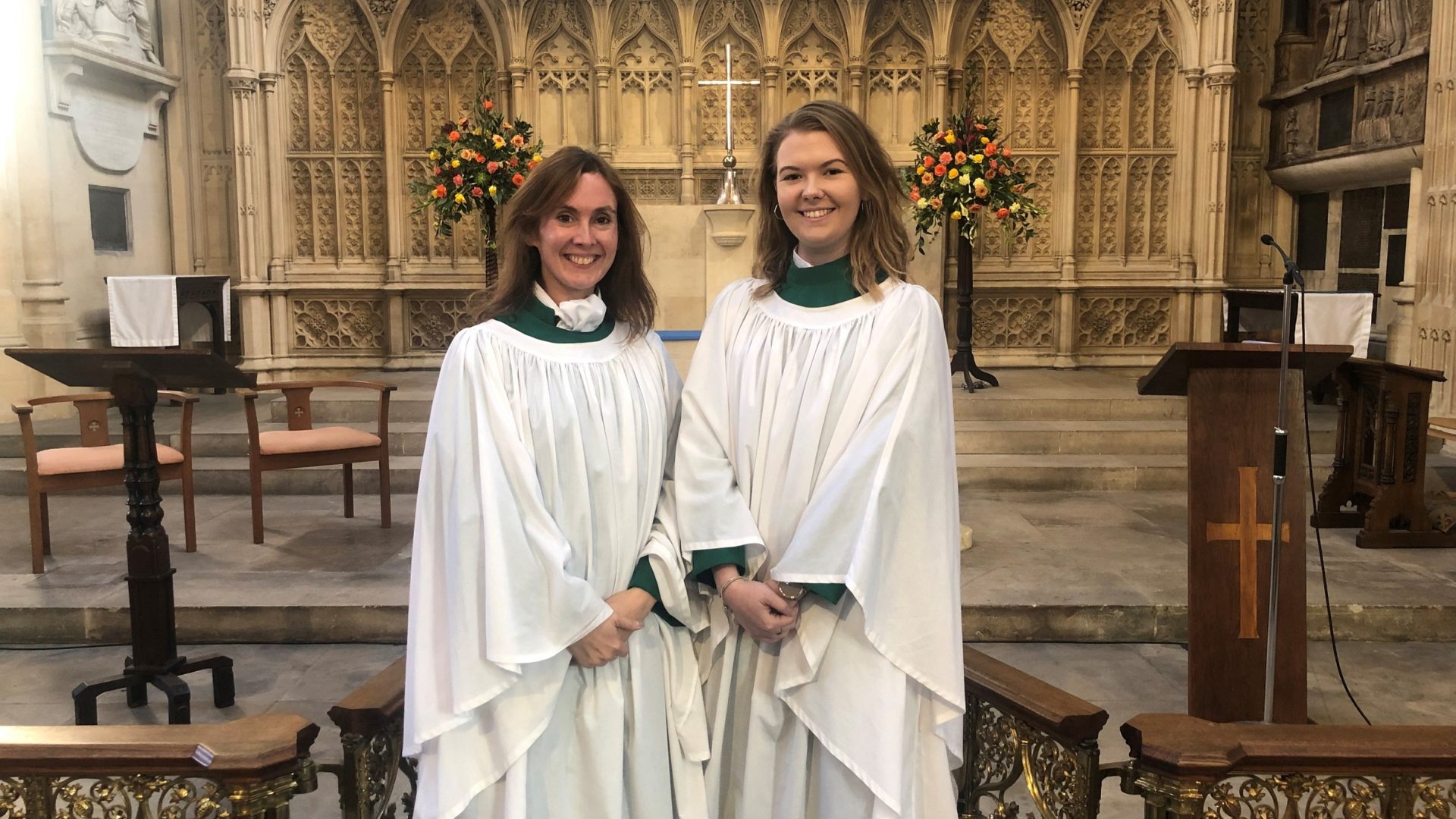 Bath Abbey is delighted to announce that Sian Jones and Amy Seyers have joined the Abbey Choir as Lay-Clerks. Sian and Amy will be singing alto for the Abbey on a job share basis. While the appointment of an adult female chorister is by no means a first - both Gloucester Cathedral and St Paul’s Cathedral have female members in their choirs full-time - it is nonetheless a momentous occasion and one that warrants celebration.

The Abbey Choir of Men has been in existence since at least 1875 but for some years now, it has included women and men. Sian and Amy have been singing with the Abbey Choir as deputies, (filling in for altos who are away) since 2017 but have now become regular members of the choir ‘back row’. After consultation and consideration, the Abbey has decided to re-name the adult singers in the choir, previously called the Men’s Choir into the Abbey Lay-Clerks.

Explaining the name change, Huw Williams, Bath Abbey’s Director of Music, said: “Many other greater churches or cathedrals call their adult singers lay-clerks and of course the gender-neutral name better reflects the true composition of the alto, tenors and basses.”

Huw continued: “We’re delighted that Sian and Amy are now officially permanent members of the Abbey Choir. What has remained unchanged is that it still comprises adult singers who are able to perform to a high standard and who sing the alto, tenor and bass parts in the Abbey choirs. Arguably, they are the unsung heroes who support the Choirs of Boys and Girls and enable them to give of their best.”

Amy Seyers said “Three years ago I joined the Abbey family as a chaperone of the melody makers and I never thought I would have been asked to sing in the back row! I was first asked to be an alto deputy in the choir in March 2017 and was very honoured to be the first female alto to appear in the ‘men’s choir’. I am now sharing a permanent role with Sian and couldn’t be happier that there is now a female lay clerk in every service!”

Sian Jones said “Singing in the beautiful Bath Abbey, alongside the talented girls and boys of the front row, is a privilege for any chorister, but it’s a particular honour for me to be appointed as the one of the Abbey’s first adult female choristers. It’s great to see the Abbey playing a leading role in promoting female altos in church music, and I’m looking forward to working on the exciting repertoire we have planned over the next few months.”