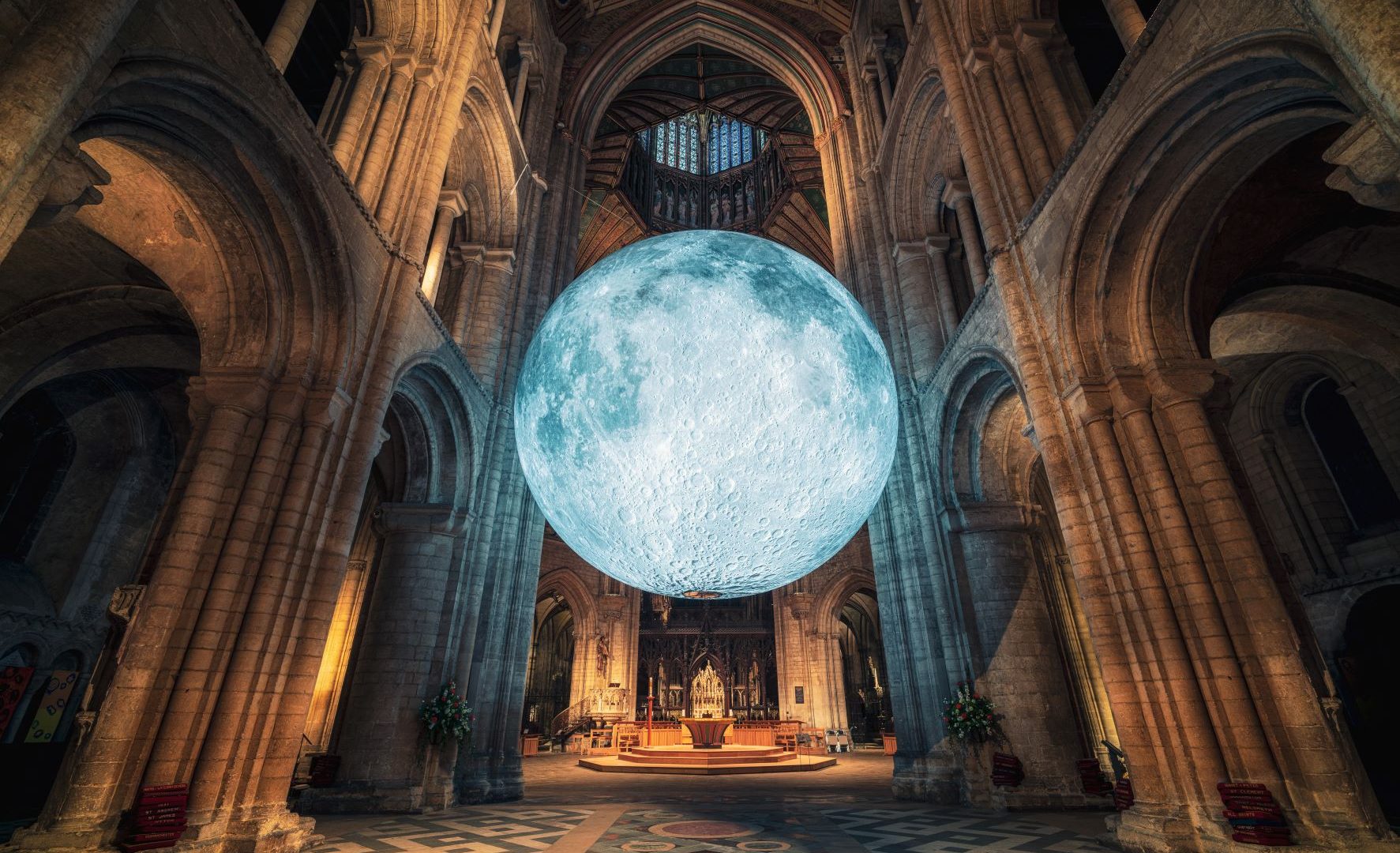 Luke Jerram’s Museum of the Moon will be ‘landing’ in Bath Abbey on 20 November. Among those who have been hard at work preparing for its arrival are Bath Abbey’s Choirs of Girls and Lay-Clerks. For the past 8 weeks, the Abbey Choirs have been rehearsing for their concert of Rachmaninov’s iconic vespers, the ‘All Night Vigil’, which they will perform under the Moon on Tuesday 23 November.

One of the Abbey’s Lay-Clerks said: “Apparently when Rachmaninov’s friend was first played a draft of the Fifth Movement, he asked him where on earth are you going to find soloists able to sing this. We’re fortunate to have a couple! And, added to this we have the Abbey’s magnificent surroundings and acoustics.”

Rachmaninov’s masterpiece was written in 1915 and this rich and sonorous work is written entirely for unaccompanied chorus and sung in Church Slavonic. For this reason, it can be rather tricky to learn and the Choir have been learning Slavonic Russian especially for this performance.

Huw Williams, Bath Abbey’s Director of Music said “The choirs have been working immensely hard for many weeks and are hugely looking forward to this challenge. Not only are we very excited to be singing Rachmaninov’s inspirational masterpiece, which is written entirely for unaccompanied choir, we’re under the Museum of the Moon. This atmospheric setting combined with the Abbey’s beautiful acoustic, we’re expecting this to be a hypnotic and mesmerising experience. We hope you’ll come along and let your hearts be drawn to heaven with the rich sonorities of one of the greatest twentieth century composers.”

Bath Abbey's Choir is unique compared to other greater church or cathedral choirs. It comprises three groups - the Boys, aged 8 upwards; the Girls, aged 11-18 and the adult lay-clerks (who sing the alto tenor and bass parts) - and unusually, the boys and girls don't attend a dedicated choir school but are selected from schools all around Bath. Many of the adults are students and former students from the two Bath universities.

On Tuesday 23 November at 8pm, the Bath Abbey Choirs of Girls and Lay-Clerks will be performing Rachmaninov’s ‘All Night Vigil’; conducted by Huw Williams, Director of Music at Bath Abbey. Tickets cost £20, £15 and £10 and are available from Bath Box Office (16s and under half price).