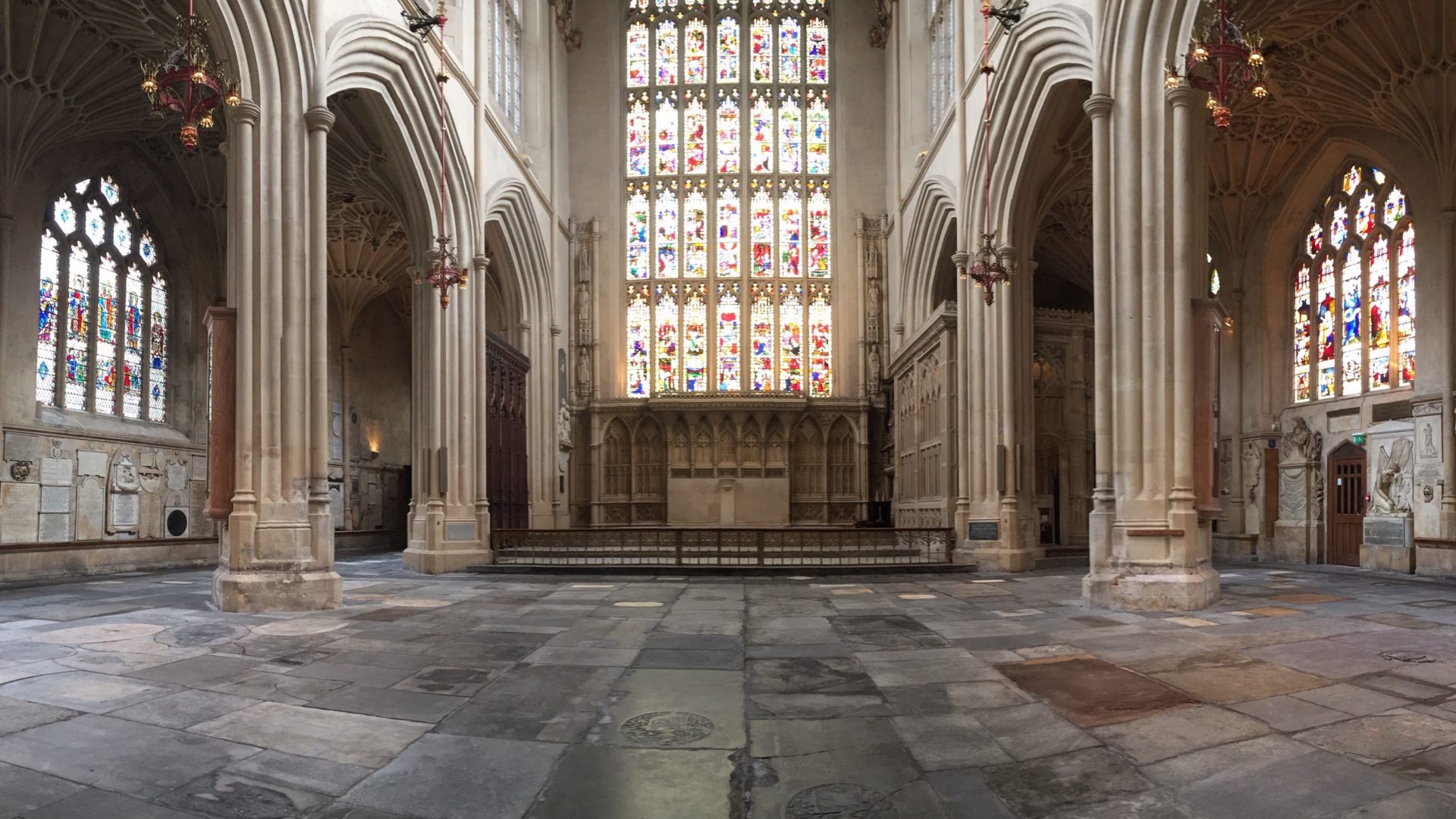 The first phase of Bath Abbey’s Footprint project is now complete and the east end of the church, which has been hidden behind hoardings for the last year, has been re-opened.

The Footprint project started in May 2018 and involved closing off the east end of the Abbey so that the collapsing floor could be stabilised, eco-friendly underfloor heating could be installed and ledgerstones on the Abbey floor could be restored.

A huge amount of work has been carried out over the last year including structural work to secure the Abbey’s collapsing floor, the installation of the new heating system that will use hot water from the Roman Baths and substantial archaeological excavations. There has been a wealth of discoveries during archaeological digs that have taken place, including a medieval tiled floor that was in the Norman cathedral that once stood on the site of the current Abbey.

Phase two of the Footprint project will now commence. This will involve closing off the north side of the Abbey to carry out the same work to stabilise the floor, install new heating and restore the ancient ledgerstones.
Phase two will take around a year to complete and will be followed by the third and final phase, which will take place in the south side of the Abbey.

Alix Gilmer, Footprint project director, said: “This is a milestone for the Footprint project and a very exciting time for everyone at Bath Abbey. After a year of work involving a huge amount of people, we are delighted that we are able to open up the east end of the church again. The wealth of discoveries that were found underneath the floor has been truly amazing and it really is incredible to see the restoration of the ledgerstones. So much work has been carried out, but there is still a huge amount of work ahead of us as we move into Phase two of the project.”

Building work is also taking place to create new space and improved facilities in the underground vaults between Bath Abbey and Abbey Chambers, as well as in the adjacent terrace row of houses in Kingston Buildings which will house the new Song School.

The Abbey’s Footprint project is a £19.3 million programme of work, supported by the National Lottery Heritage Fund, that will provide new spaces for learning, music and interpretation, better visitor facilities, undertake essential conservation work, as well as opportunities for volunteer and community involvement.  It will secure the Abbey’s physical future and improve its hospitality, worship and service to the city.