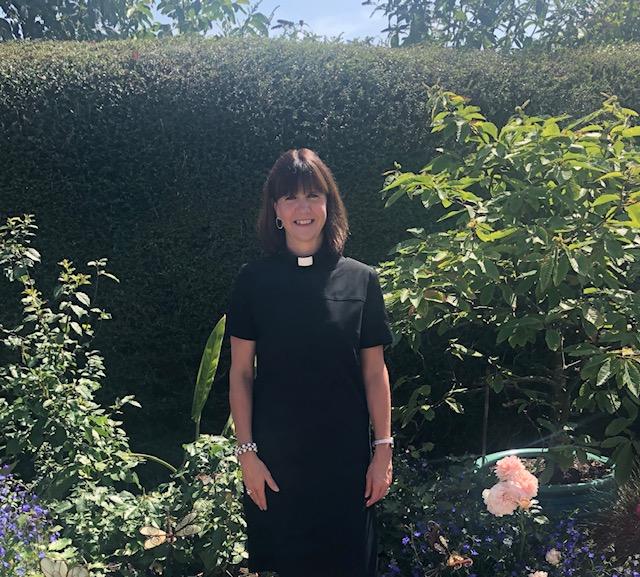 We are delighted to announce the appointment of Revd Chantal Mason who will join our team on Monday 7 September as Abbey Pastor.

Chantal says:  “I am delighted to be appointed as Bath Abbey Pastor, and I am greatly looking forward to getting to know you all. These are undeniably challenging times for all of us, but I do believe there are new opportunities ahead for creativity, innovation and fresh thinking.

The South West has been home for many years. I came to faith at a Lee Abbey camp in Devon in 1988, and then spent my gap year on the Lee Abbey community as a youth-worker, before reading Theology at Exeter University. I continued study at St Luke’s College, Exeter obtaining a Postgraduate Certificate in Religious Education. I thoroughly enjoyed teaching in secondary education, however, it was during this time that I began to sense a vocation to ordained ministry, and so this drew me back to Lee Abbey where I worked as Personal Assistant to the Warden for two years and pursued my growing sense of vocation. After Lee Abbey, I began Theological Training at Trinity College, Bristol, in a pioneering context-based mode of training, working with a fantastic team in a suburban parish in Bristol and studying for an MA in Applied Theology.

On leaving Trinity College in 2008, it was lovely to return to Exeter diocese to serve my curacy in Alphington Mission Community for four years. This was a lively, suburban and rural context with three churches. During my curacy I also spent time in Manchester diocese on a placement at MediaCityUK and Manchester Diocesan Communications Office, which sparked my continued interest in Church Media and Communications.

Following my curacy, I moved to Chelmsford diocese to serve as chaplain to Bishop Stephen Cottrell, where it was a real joy to work across Essex and East London, and to serve on the Bishop’s Staff Team with a wide variety of responsibilities, which included: being chaplain to the diocesan staff, media projects, planning significant diocesan and cathedral events, and diocesan and national church administration. It was then with a strong sense of calling to pastoral ministry, that I was appointed as Lazenby Chaplain to the University of Exeter, working as Anglican Chaplain to students and staff, overseeing the Anglican Chaplaincy, and coordinating a growing and diverse Multifaith Chaplaincy Team. After ten years of ministry I took my first sabbatical in the Autumn of 2018. This was a great experience of being able to renew my association with Lee Abbey Community, as well as providing a valuable opportunity to train in Church Media and Communications in London. Following my sabbatical, I had the joy of ministering at Lee Abbey in a combined Ministry and Media role, notably exploring creative online opportunities to communicate Christian faith and developing media links for Lee Abbey.

I feel privileged now to be called to serve at Bath Abbey as Pastor. We are all caught up in a new world which requires creativity, increased pastoral provision and digital media response. And so it is my hope and prayer that in this strange context we find ourselves in, that we will perceive new ways of being together, of caring for one other, and that we will see with new eyes where God is at work.”

Chantal’s Licensing will take place on Sunday 6 September in the Abbey at the 10.15am Communion Service.