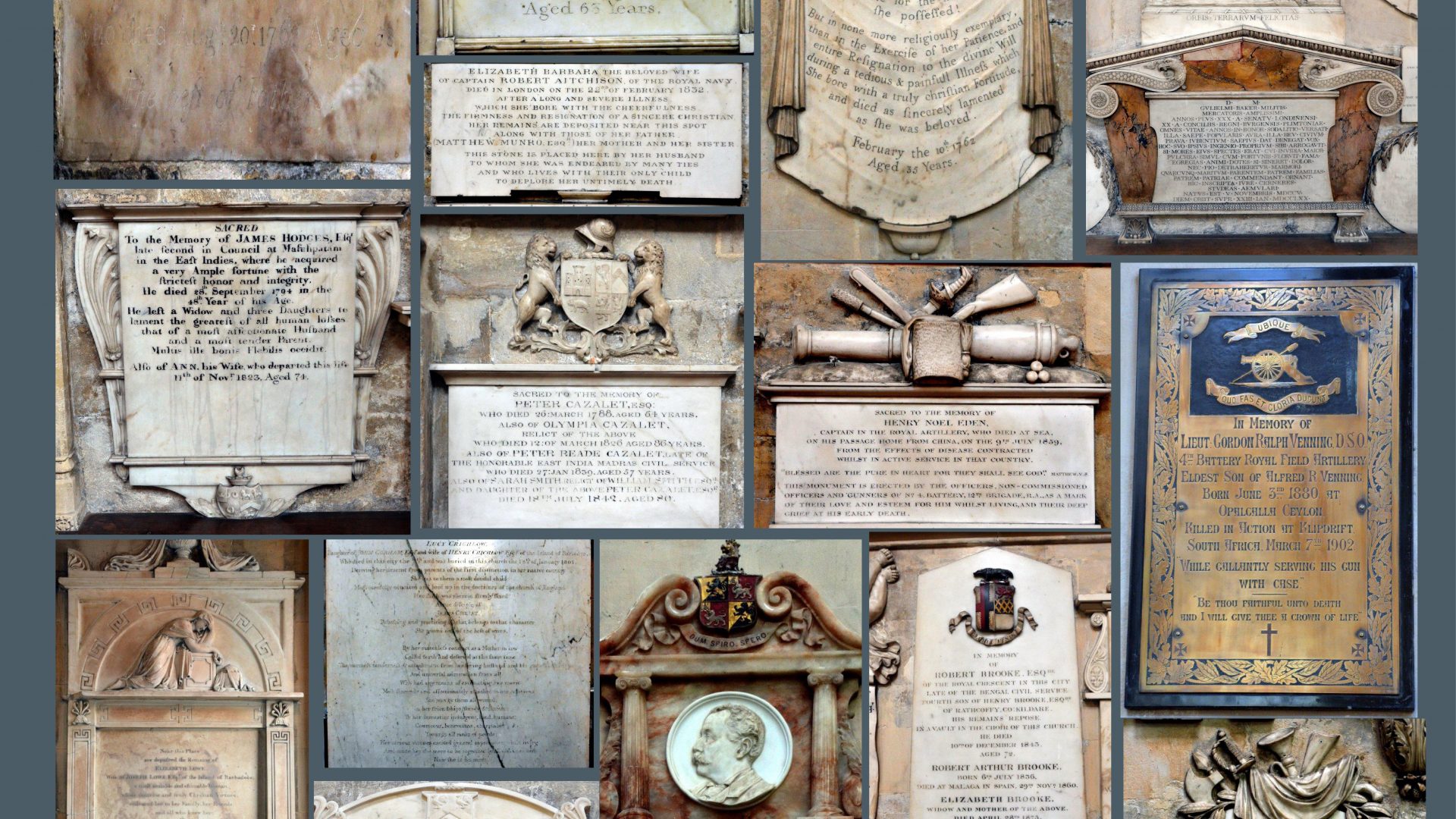 Bath Abbey is to hold an exhibition revealing its links to colonialism and the transatlantic slave trade through the history of its monuments and ledgerstones.

The 'Monuments, Empire and Slavery' exhibition, which will run from 24 May to 4 September 2021, will focus on a number of the Abbey’s memorials that reveal the relationships between those commemorated in the Abbey, the city of Bath, the British Empire, and the slave trade in the 1700 and 1800s. It will also explore the presence of the Abolitionist movement in Bath and aims to encourage visitors to reflect on past injustice and the need for racial equality now and in the future.

Between 1572–1845, 891 ledgerstones (gravestones) and 635 wall tablets were erected in Bath Abbey commemorating around 20% of the approximately 7,000 people buried in the church and only those from the middle-to-upper classes. In the same period, Britain established an empire by creating colonies (seizing control of lands and peoples across the world).  Those with a monument in the Abbey are therefore often connected to that exploitation and were paid for from the profits of slavery and Empire.

The Revd Canon Guy Bridgewater, Rector of Bath Abbey, said: “Slavery should have no place in society, and must be renounced utterly. It is shameful that it was practiced for so long, without effective challenge by church or nation. At Bath Abbey we deeply regret the hateful industry of human exploitation, whether by ignorant complicity or evil design, that certain of our 18th and 19th century memorials make evident.

Just last month the Church of England’s anti-racism taskforce set up by the archbishops of Canterbury and York published its final report which included a number of actions including one urging the C of E to take decisive steps to address the legacy of its involvement in the slave trade. It said: “We do not want to unconditionally celebrate or commemorate people who contributed to or benefited from the tragedy that was the slave trade.” The Most Revd Justin Welby, Archbishop of Canterbury, has also called for a review of the C of E’s built heritage following the Black Lives Matter protests and the toppling of a statue of slave trader Edward Colston in Bristol last summer.

Using a range of memorials, images and documents from the Abbey archives, the exhibition will examine accounts of the lives of three people in particular who were linked to the slave trade in the 1700s and 1800s, until the Slavery Abolition Act was finally passed in 1833. However, the exhibition does not end here. The final two panels depict striking and thought-provoking images by contemporary black artist, Manoel Akure, and lay out the Abbey’s future plans for work towards equality, anti-racism and justice. Visitors to the exhibition are invited to pause at the end in front of a prayer for anti-racism to reflect on past injustices as well as future opportunities for equality.

Polly Andrews, Bath Abbey’s Learning Officer, said: “This exhibition is the beginning of a major reinterpretation of our monuments. By working with community partners we want to get beneath the surface of what the monuments tell us and share and learn from the lives of the men and women who are remembered here and, more importantly, the history of those who are not.

“Responding to this exhibition, a member of Bath’s Ethnic Minority Senior Citizen’s Association (BEMSCA) said: "it was quite interesting but very sad as after so many years passed it’s coming out now; it should come out long before”. We totally agree. Since the tragic murder of George Floyd in America in May 2020, and the Black Lives Matter protests against racism, Bath Abbey has pledged to address its history, learn from it and help others to do so too. Our intention is that this exhibition is just one of the first steps we are taking towards sharing this history.”

Alongside the exhibition, Bath Abbey is hosting a panel discussion to explore the Abbey's historical connections with slavery and empire, and how we can all learn from the past to shape the future. The event will be held on 25 June, 7.00-8.30pm via Zoom in front of a live virtual audience. It will bring together a group of experts including Dr Shawn Sobers, Associate Professor, Cultural Interdisciplinary practice, UWE; Renee Jacobs, Black in Bath network; The Rt Revd Dr Alastair Redfern, founder of The Clewer Initiative, a Church of England project dedicated to mobilising the Church to combat modern slavery; Revd Narinder Tegally, Lead Chaplain at the RUH, Bath; and Irvin Campbell, Chairman of Stand Against Racism and Inequality (SARI). The discussion will be chaired by Wera Hobhouse, Liberal Democrat MP for Bath, and the panel will be sharing differing perspectives on the Abbey's memorials and revaluating them in the context of the historical injustices of slavery. They will also be making a connection with campaigns against slavery and inequality today and how this legacy of racism be used to help enable a just and equal future.  Tickets are free and will be available online from Eventbrite.

Other work the Abbey will be undertaking includes researching links with the British Empire by Archive and Learning staff and volunteers, expanding our research and making it publicly accessible, developing school workshops and working with other heritage organisations in the city to share the real stories of Bath’s links with colonialism and the slave trade.