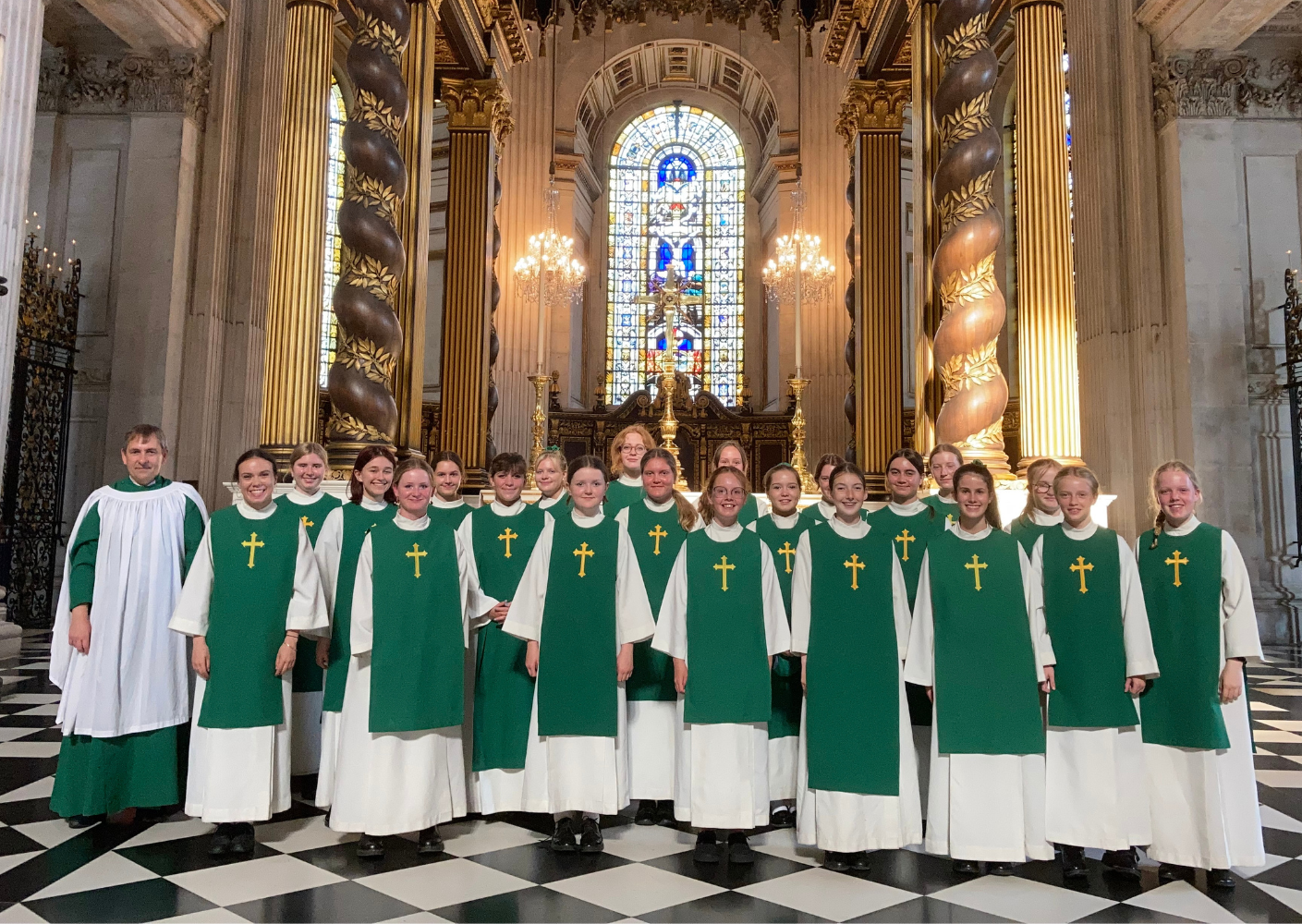 This year will be particularly special for Bath Abbey as it celebrates 25 years of its Girls’ Choir. To mark the 25th anniversary, the Abbey will be celebrating with a new commission by critically acclaimed composer Roxanna Panufnik. “I am so thrilled to be part of this wonderful anniversary and so looking forward to working with the choir. I asked the girls for some ideas of what they love to sing – the answers included: ‘happy, in two parts, high notes, upbeat, loud and interesting’ All these wishes have been granted!’ This work, with a stunning and timeless text by St Clare of Assisi, will be premiered in a 25th Anniversary Concert on 9 July at the Abbey and sung by the Abbey Girls Choir and Lay Clerks. The concert will feature music entirely by women composers including Cecilia McDowall, Judith Bingham, Judith Weir, Elizabeth Poston, Emma Brown and Annabel Rooney.

Huw Williams, Director of Music, said: “We are proud to support and celebrate women in music at Bath Abbey and have been delighted that Roxanna has agreed to write a piece for us. I have long admired her music and the girls have enjoyed meeting Roxanna and we have begun to learn this fabulous new work. We are all very excited and looking forward to the world premiere on July 9th.’’

This anniversary year the Abbey choirs have been featuring music by women composers which has been a rich and exciting time. The Abbey Choir recently performed Judith Bingham’s The Sleeping Soul on BBC Radio 3 in its live broadcasts of Choral Evensong. The Sleeping Soul was commissioned in 2017 to celebrate the 20th Anniversary of the Girls Choir and this was its first broadcast. The anthem will also appear on a new album, ‘Caritas’, featuring the Abbey Choir, which is due for release in the autumn.

Canon Guy Bridgewater, Abbey Rector said ‘This year will be a very exciting time for our female choristers. We are so proud of all that the girls have achieved these past 25 years. They enhance the worship at the Abbey and have drawn visitors and pilgrims to the Abbey from far and wide. Through their recordings and broadcasts they have greatly inspired listeners throughout the world.”

Tickets can be booked through the Bath Box Office: https://bathboxoffice.org.uk/whats-on/25-years-anniversary-concert/about