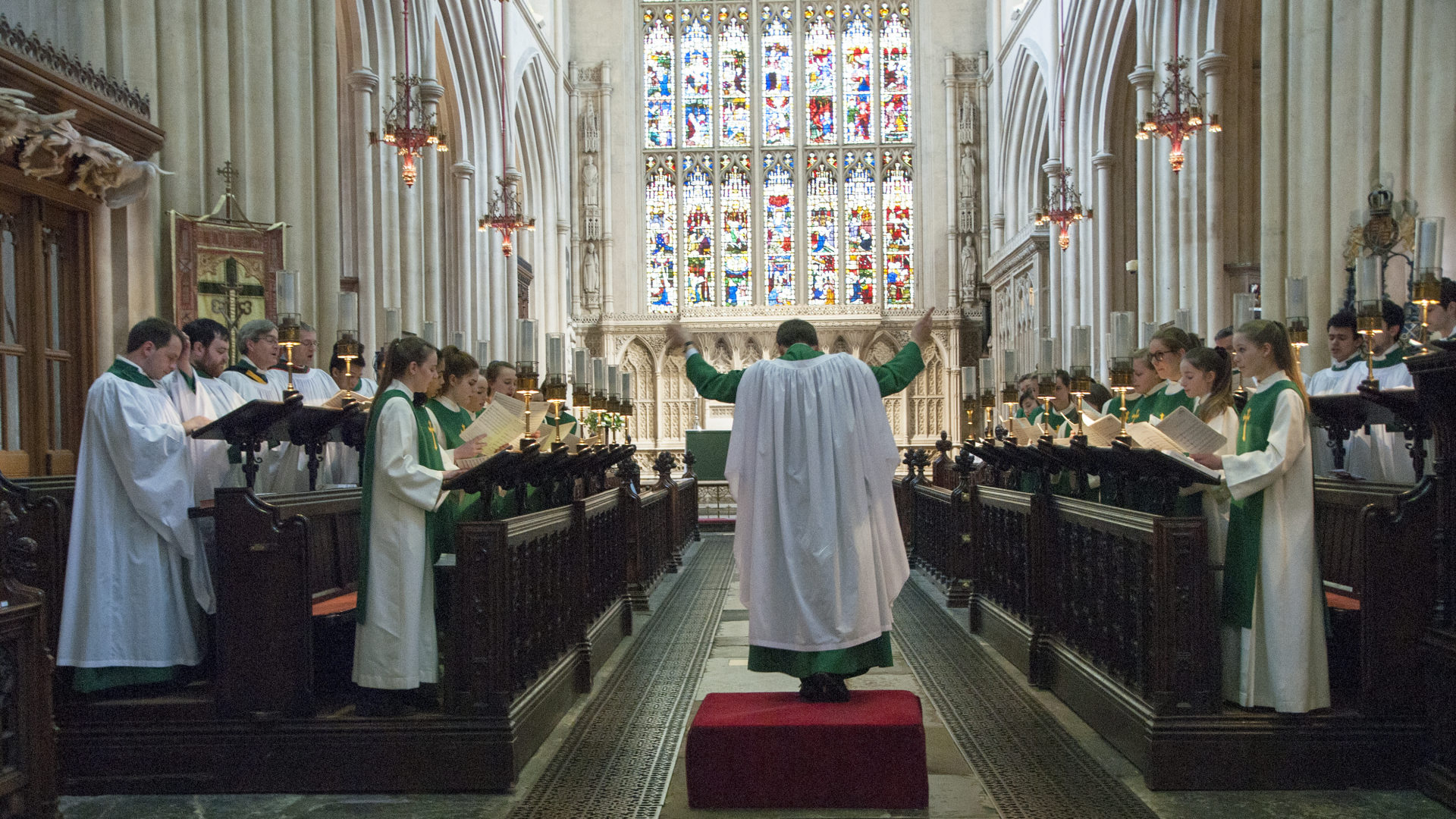 Christmas is one of the busiest times of year for churches with Bath Abbey's choirs singing at 15 different services in December.

The choristers had a packed schedule totalling 18 hours of rehearsals and 20 in services and singing over 50 pieces of music, including psalms and hymns. Over the Christmas season members of the Abbey choir sang to thousands of pilgrims, worshippers and city folk at various events.

Rather than having enough of Christmas, the Abbey Choirs of Boys, Girls and Lay-clerks will start off the new year be recording a Christmas CD (w/c 13 Jan).

There are 25 girls (aged 11-17), 24 boys (aged 8-13) and 14 adult lay-clerks (who sing the alto tenor and bass parts)in the Abbey Choir, and they will have another 20 hours of rehearsals and recording in the next fortnight. They will be singing Christmas music, due for release in the autumn and features old favourites (such as Hark the herald!) and some new surprises such as Whitacre’s luminous ‘Lux Aurumque’. It also features an original arrangement of ‘Away in a manger’ by Huw Williams, the Abbey’s Director of Music, which was written and first performed at Buckingham Palace in December 2015 for Her Majesty The Queen’s Christmas Broadcast.

Bath Abbey's Choir is unique compared to other greater church or cathedral choirs. It comprises three groups - the Boys, aged 8 upwards; the Girls, aged 11-18 and the adult lay-clerks and choral scholars - and unusually, the boys and girls don't attend a dedicated choir school but are selected from schools all around Bath. Many of the adults are students and former students from the two Bath universities.

Bath Abbey’s Director of Music, Huw Williams, said: “Recording is hard work, but very rewarding. The choirs have been working hard and preparing for many weeks and are looking forward immensely to this challenge. When the boys and girls leave the choirs, they take away this precious souvenir of their time here. Singing in this glorious building is uplifting and one of the best things about recordings is those who are unable to come and hear the choir live in the Abbey can hear our wonderful choirs through this recording”