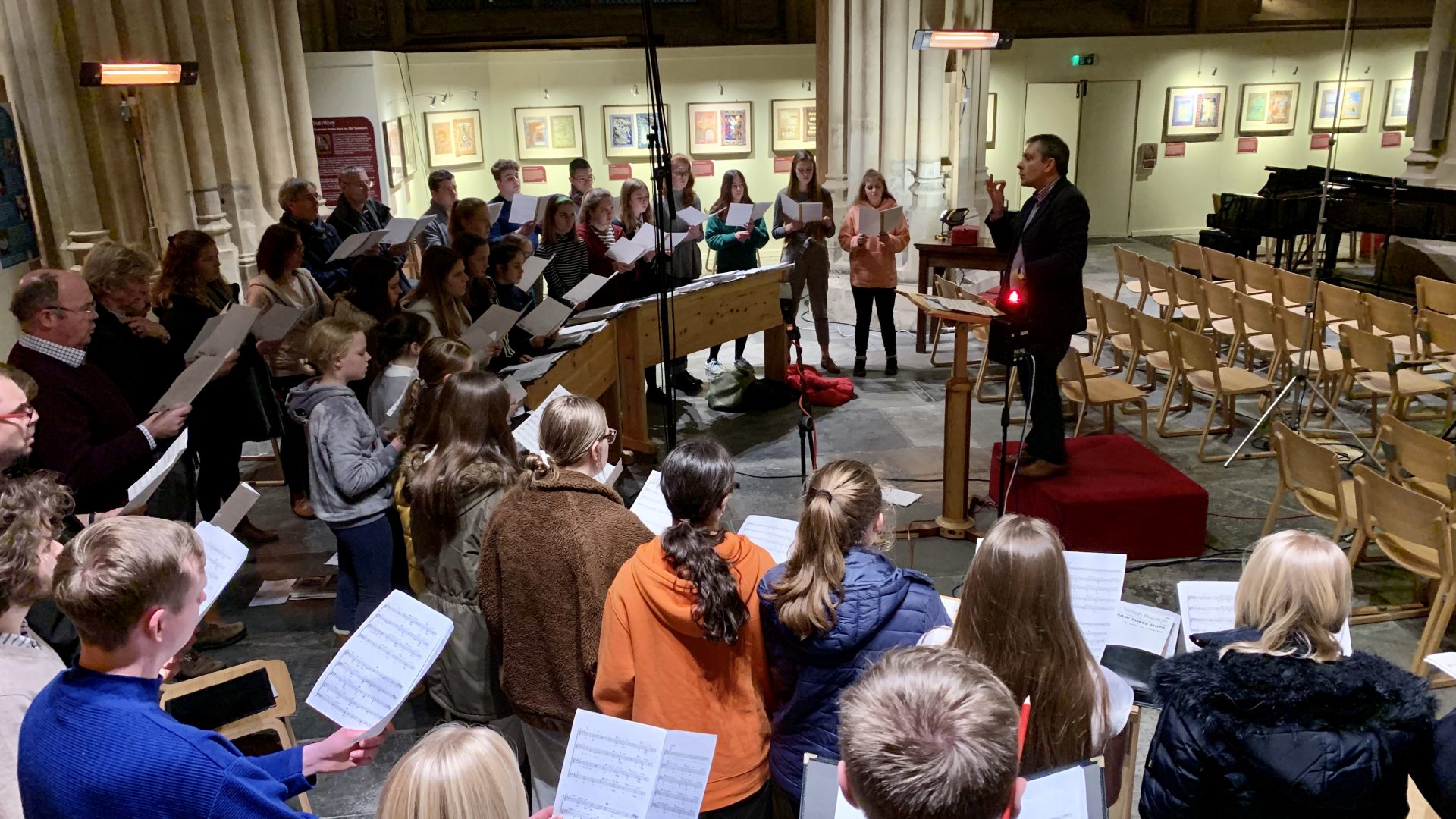 Bath Abbey’s Choirs of Boys, Girls and Lay-clerks will be hard at work next week (w/c 14 Feb) recording a new CD.

Provisionally titled ‘Memoriam’, the album is to help those who have lost loved ones or who have had their lives significantly changed during the pandemic to grieve and allow them to remember all that they have lost through the comfort of music.

The Abbey Choirs’ new CD will feature the Boys, Girls and Lay-clerks conducted by Huw Williams, Bath Abbey’s Director of Music, with organ accompaniment by Assistant Director of Music, Shean Bowers, singing a selection of music including Schubert ‘s beautiful ‘Litanei Alle Seelen’ in memory of All Souls, William Harris’s masterpiece ‘Faire is the heaven’, written to words by Edmund Spencer, as well as much-loved comforting hymns ‘The day thou gavest’ and ‘Abide with me’.

It will also contain two world premiere recordings: one by Judith Bingham, who wrote ‘The Sleeping Soul’ in 2017 to celebrate the 20th anniversary of the Bath Abbey Girls’ Choir, and ‘Lord you have been our dwelling place’ written by Huw Williams, Bath Abbey’s Director of Music, in memory of loved ones who had died during the pandemic – and first performed in the Abbey at a service of remembrance in March 2021 a year after the first British lockdown.

Bath Abbey’s Director of Music, Huw Williams, said: “The pandemic has been a hugely difficult and challenging time for many of us for a variety of reasons. Our hope is that this album of carefully chosen music will bring comfort and solace to those who have lost loved ones. Equally, we hope our music allows listeners to remember and celebrate those special people who have touched their lives and left a lasting impression.

“On a personal note, having worked at St Paul’s Cathedral, this CD is also particularly poignant for me as it will feature a St Paul’s piece ‘How can I keep from singing’. This was arranged by my old mentor and colleague, the renowned organist and choir director John Scott, who died at the early age of 59 in 2015 and is very much missed.”

The Abbey Choirs of Girls, Boys and Lay-clerks have been practising for many hours and for many weeks and are looking forward to starting this wonderfully rewarding project on Wednesday 16 and Thursday 17 February. They will once again be working with Regent Records, and their producer Gary Cole, who also produced the Choir’s critically acclaimed Gaudete! CD.

Bath Abbey’s Choir is unique compared to other greater church or cathedral choirs. It comprises three groups – the Boys, aged 8 upwards; the Girls, aged 11-18 and the adult lay-clerks and choral scholars – and unusually, the boys and girls don’t attend a dedicated choir school but are selected from schools all around Bath. There are 25 girls (aged 11-17), 20 boys (aged 8-14) and 12 adult lay-clerks (who sing the alto tenor and bass parts) in the Abbey Choir.