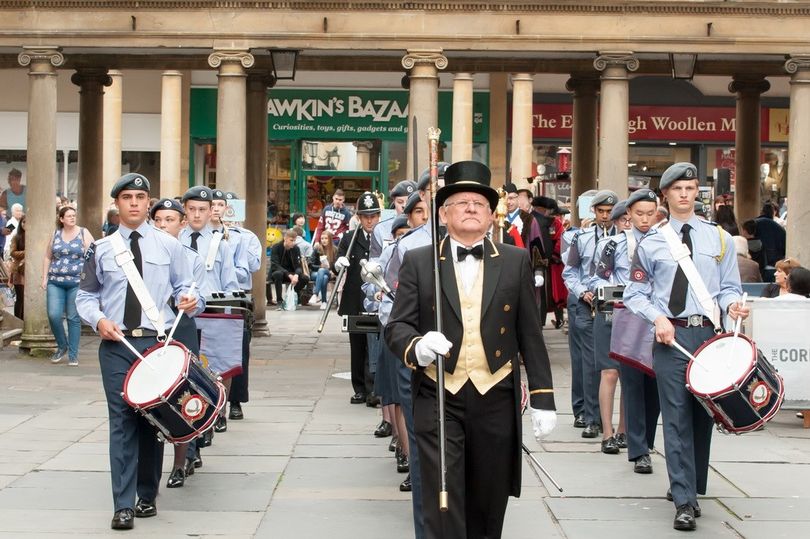 The Charter Trustees (Bath Ward Councillors) are holding their Annual Meeting and Election of Ceremonial Mayor in Bath Abbey on Saturday 28 May at 11.00 am.  Councillor Rob Appleyard will take up Office as the 795th Mayor of Bath and Councillor Michelle O’Doherty will be Deputy Mayor.  During the Ceremony Mr Stephen Bird MBE will be admitted as an Honorary Freeman of the City of Bath.

Councillor Appleyard has represented Lambridge Ward as a Liberal Democrat since 2015.  He was Chair of Bath & North East Somerset Council  in 2012/13 and Deputy Mayor of Bath in 2017/18.

Councillor Michelle O’Doherty will be Deputy Mayor of Bath.  She was first elected to Bath & North East Somerset Council in 2017 and re-elected in 2019 representing Newbridge Ward.  Her partner Christopher Godfrey will be her Consort.

Until September 2021 Stephen was Head of Heritage Services at Bath & North East Somerset Council, and last year received a Long Service Award from the current Mayor (Councillor June Player) after 41 years of valuable service to heritage in the City of Bath.

Citizens and visitors are welcome to attend the Ceremony, and are asked to be seated in the Abbey by 10.40 am.

The 93 (City of Bath) Squadron RAF Band will perform a static display in front of the Guildhall.  The Civic Procession will be led by Avon & Somerset Constabulary and Avon Fire & Rescue Service Ceremonial Drill Squad.  The City Sword-Bearer, Mace-Bearers, The Right Worshipful The Mayor, Dignitaries and visiting Mayors in ceremonial robes, Charter Trustees and Honorary Aldermen will leave the Guildhall at approximately 10.45 am, and process via High Street, Cheap Street, Farr’s Passage, through Abbey Church Yard, into the Abbey to be given a rousing welcome by the City of Bath Brass Band.  It will return to the Guildhall at approximately 12.15 pm.

During a short interval, whilst civic robes and insignia are exchanged, music will be played by Band and members of the Widcombe Junior School Choir give a short performance.

Traffic will be stopped for a short time by security at the pedestrian crossing near the Abbey to allow the Procession to make its way down the High Street, and again on its return.