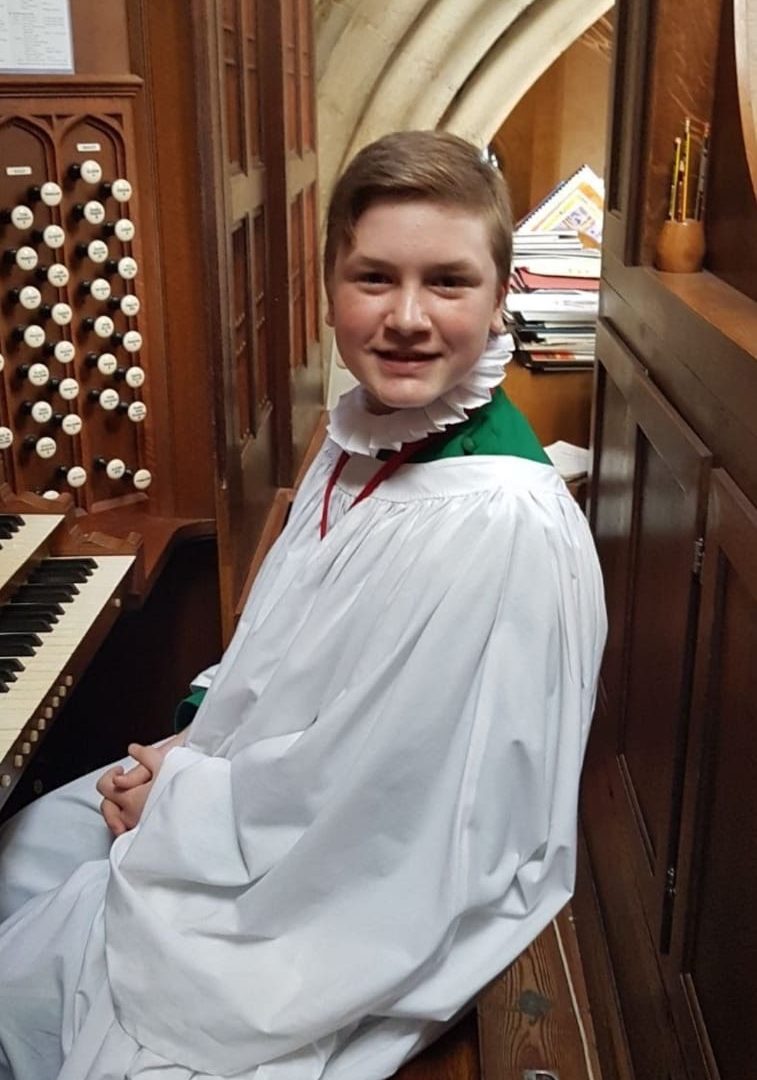 Bath Abbey is delighted to hear that 16-year old Hayden Payne, who has been part of the Abbey’s Melody Maker and Boys’ Choirs over the last eight years, has been offered a place at the prestigious Chetham’s School of Music in Manchester, beginning in September 2021.

Hayden joined the Melody Makers Choir at age 8 through the Bath Abbey Schools’ Singing Programme. He then moved into the Boys’ Choir at age 11, later becoming Head Chorister. Hayden also plays the organ and has recently passed his Grade 6 organ exam with a distinction.

Hayden says, “My dream to play the organ started at the age of 8 after hearing a piece played by the Abbey’s Assistant Director of Music, Shean Bowers. After my first Melody Makers rehearsal, Mr Bowers took us into the Abbey for a tour of the building and organ – I was hooked from that moment. It was then that I knew that I wanted to play this magnificent instrument.”

Shean Bowers, Assistant Director of Music and Organist at Bath Abbey says, “We are so proud of Hayden and everything that he has achieved so far. We wish him every success at Chetham’s School of Music and with his future career, which I’m sure will be hugely successful. I am particularly proud that he is going to my alma mater and I know that he will have the most wonderfully enriching educational experiences there. Here’s to the next chapter of his career”.